Hey gang, Valkor here. Audio-Technica has always been a favorite, whose products I enjoy testing, here in the Val-Cave. And I hope that in your home, it’s one of your favorites as they deliver a strong audio product with excellent sound quality. And after checking out their latest gaming headphones—the ATH-G1, the trend continues. It doesn’t blow away the likes of 1More’s Spearhead VR, but for an awesome gaming experience, consider checking this one out.

On the outset, the ATH-G1 as you have the cushioned, suspended headband, 180 degrees rotating, cushioned ear cups, a detachable microphone, and a wired remote attached to the left ear for lowering/raising the volume and switching on and off the mic. Each ear has the Audio-Technica logo centered within an aluminum blue border. On the box, it says that we can use the headsets with a PC, PlayStation 4, or X Box One. But I’d also include the Nintendo Switch as I’ve been, mostly using that console in reviewing the headsets. Finally, the ATH-G1 headsets are very lightweight and they make long gaming sessions easy on the noggin.

I took the ATH-G1 headsets to the task, using them with my PlayStation 4 (Battle Chasers: Nightwar, Resident Evil 2) and Nintendo Switch Fight’N Rage, Dragon Quest 11). I should have tossed in some handheld gaming with the Vita and/or the 3DS, but I kept it within the console range (though one could say I did some handheld with the switch). How did the Audio-Technica fare in the Val-Cave? Let’s find out in the TOV Breakdown!

While I found nothing special about the ATH-G1, I will say that they’re solid gaming headsets that any gamer would be glad to have in their setup. Sound quality is only in stereo, but what you get is nothing short of amazing; vocals come through crisp and clean, you get a well-balanced bass and treble that even at the highest levels doesn’t distort and sounds effects shine through giving you a decent audio experience. The volume, even at its highest level, isn’t too loud, especially with the Switch, but it still hits just right. A good example of how well the headsets are, when playing Resident Evil 2, you can hear just how close or far away Mister X is, upping your anxiety levels. With Fight’N Rage, the music pops the most as the soundtrack is amazing! Then there’s Dragon Quest 11, which is an all-around, well-balanced experience between the vocals and the music. I also did a music/movie run with the headsets and still no complaints towards the sound quality. Again, everything sounds just right, with nothing too jarring or any distortions; they sound especially nice when you get a song that’s rich in bass. Finally, even though I’ve already explained how comfortable the ATH-G1 is, it's worth mentioning again that they’re very lightweight and can go the gaming distance without feeling heavy. Overall, Audio-Technica scores another Val-Cave win with the ATH-G1 Gaming Headsets; You get sweet sound quality, while not the greatest, it’s still worth the price of admission.

I don't have too many real complaints about the headphones other than the bass isn't as heavy or some audio bits aren't as sharp as I'd like them to be. Still a solid pair of gaming headphones. 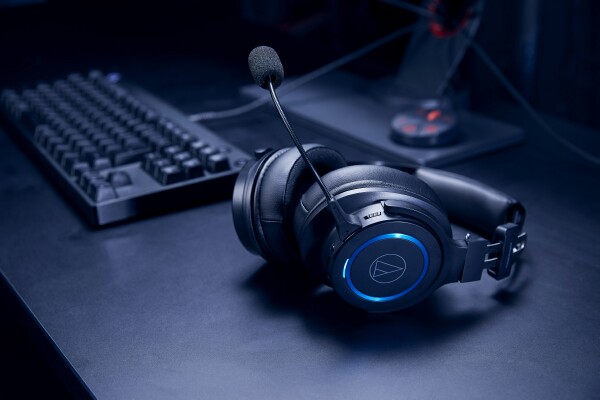 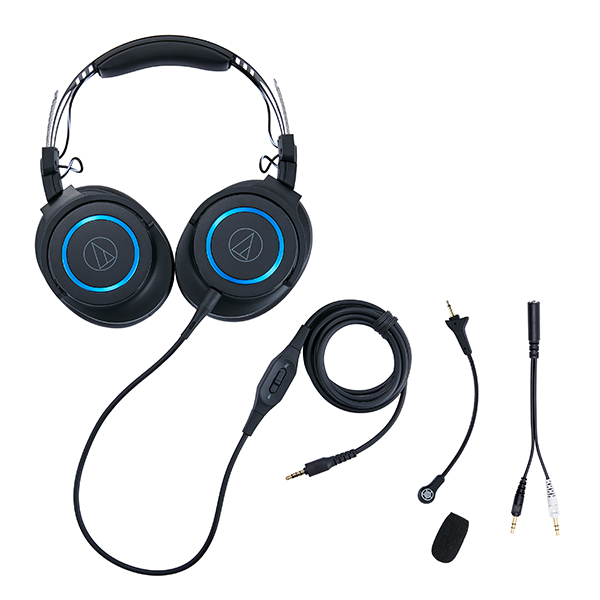