Hey gang, Valkor here. I’ll be honest, I’ve never read any of the H.P. Lovecraft “Cthulhu” shorts; I mean, I’ve seen films and other bits based on it, with my favorite being the South Park episodes that centered around Eric Cartman eventually gaining control of Cthulhu for his own nefarious deeds. Which brings us to our next review here at GameView, one that involves the aforementioned creature and other such craziness. So, without wasting too much time, let’s dive into “Call of Cthulhu” by developer Cyanide. 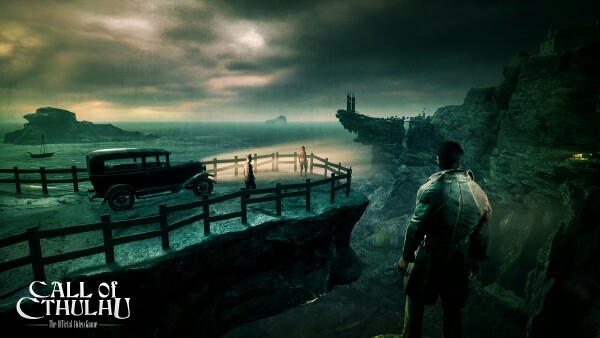 In “Call of Cthulhu”, you play as Edward Pierce, a private detective who has been given the task of finding out what happened at the Hawkins' mansion, on an island called “Darkwater”. It would appear the place was set on fire and the occupants killed, with the blame being tossed at one Sarah Hawkins, wife of Charles Hawkins. The police thought maybe Sarah went mad. However, her father thinks otherwise and has asked Pierce to look into the incident. This case will not only take Pierce into the discovery of what truly happened to Sarah and her family, but it’ll also lead him down a path of madness involving a weird cult, strange creatures, even stranger paintings, as well as a town that holds a dark secret. 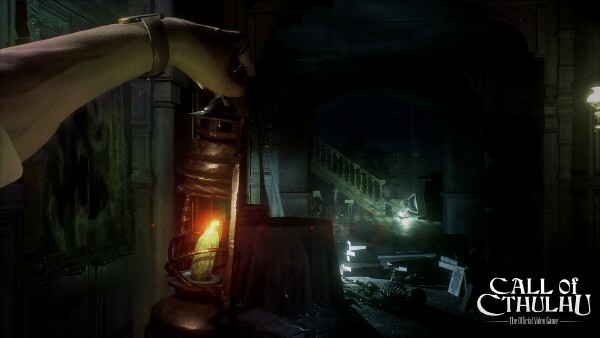 There isn’t all that much action within the game; the bulk of what you need to do to progress in the game involves gathering clues, which are presented as white dots. And as you get closer to the dots they change into whatever task is needed, such as a hand to pick up objects, or a magnifying glass to examine something. There are also puzzles that need to be solved, with some requiring a little extra brain power than others. But for the most part, they're not all that difficult to figure out. Next, you’ll speak to the many inhabitants of Darkwater in an attempt to unlock further clues as to the mysteries of what happened to the Hawkins. Most talks use a dialogue tree, where choosing whatever answer changes how the characters respond to your questions. Not all dialogue is open to you as you’ll have to earn points to unlock them. You earn points by completing certain tasks, which you can then apply them to a skill. Building up "strength" allows you to get a little rough with folks. Neither way is the wrong way as the game seems to progress forward no matter how you go about your questioning.

I mentioned that there isn't much action, and for the bulk of the game there isn’t anything else you can do other than talk to people, search for clues, or solve puzzles. However, there were a couple of areas that was plenty of fun to play such as ducking guards in an asylum, in order to escape the building. If they spot you, they’ll chase after you, but you can easily avoid them, causing them to go back to their routine. In another scenario, you’ll attempt to stay one step ahead of a “Shambler”, all the while trying to find a knife that would send it back to the hell from which it came.

Call of Cthulhu was a short journey, but one filled with plenty of horrific imagery that might throw off my sleep cycle for a while. It’s not the scariest game I’ve played. However, as a fan of all things horror, I found that it was worth the journey. But ultimately, is it worth the investment? 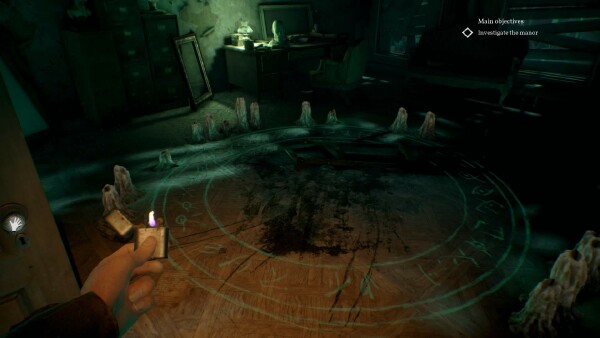 Call of Cthulhu turned out to be one twisted and an eerie experience that takes you mentally down a rabbit hole of horror and despair. OK, maybe it's not that extreme, but it is an interesting romp through this Lovecraftian world that isn’t so easy to stop once you’ve started. Things start out rather slow in the beginning, but it gets better as you progress. And the story itself really draws you in, with only a few rough spots here and there. But nothing that was too distracting. The controls are easy enough to figure out as you’ll mostly be doing a lot of walking or using the action button to interact with objects or people. It might sound boring, but you get to do enough to keep things entertaining. Graphically, the game looks pretty amazing, with plenty of twisted eye candy throughout. Also, the level of detail is pretty amazing; my favorite place to explore is the Hawkins’ mansion, which looks old and creepy. Plus, it's almost as though you can smell the smoke and must coming from the walls. Also, many of the objects stand out that it feels like you can interact with them. In the end, Call of Cthulhu, while it may be short, it’s still an exciting yet dark and twisted adventure worth that's checking out.

My first issue isn't really an issue, but more like a suggestion should there be another Cthulhu title – I think there should have been some QTE (Quick Time Events), mixed in. I think it would have helped to spice things up a bit. For instance, there’s a scene where Pierce has to escape a cave-in. Why not toss in a few left-right dodges? I think that would have been fun. Next, I didn’t care for Pierce’s “claustrophobia”; maybe there’s something I missed, but he doesn’t come across as the type of guy who freaks out when he’s stuck in a dark place. Would it have anything to do with all the shots I took beforehand? Maybe. I dunno! 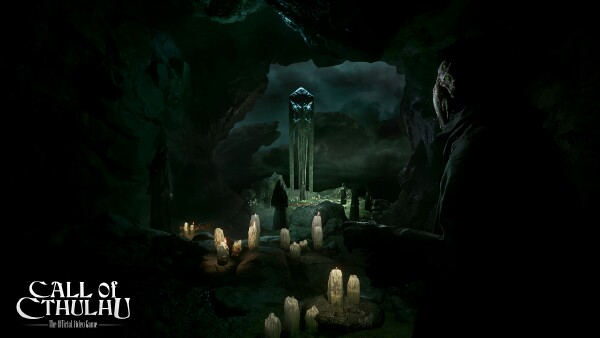 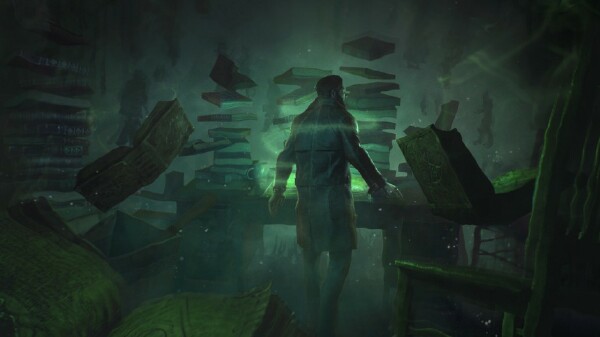 Call of Cthulhu is available now; and if you’re up for a twisted journey into the heart of madness, then you need to look no further. This game will take you to the brink and it’ll resonate long after the game ends. I’d recommend checking it out. So, out of TOV 5 stars, I’m giving Call of Cthulhu a 3.5.