We met Pyke Kubic (Sean Bean) talking to his twin about a case of money. It just so happens that during a chase the briefcase goes flying over a bridge. A seemingly lucky individual in Sam Phelan (Chris Hemsworth), who happens to be behind in mortgage payments, finds this case full of money. He pays off this lender before his wife Leslie Phelan (Victoria Profeta) was getting near the dreaded word "FORECLOSED" on the house. And now He and his wife get everything they want from a big screen TV to furniture with the newly found cash. While our trained professional killer, Pyke Kubic goes in search of the money he so rightfully thinks he deserves. He finds his lucky couple and breaks the bad news that they have to pay it back. 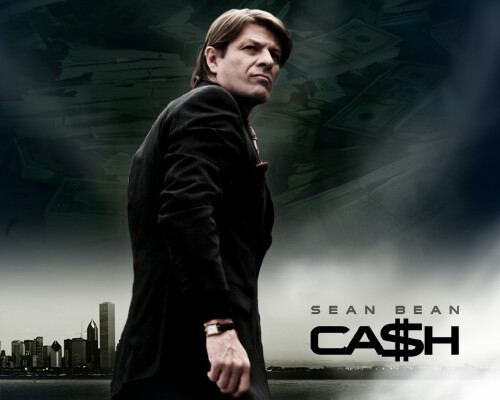 This film is suspenseful and I was thoroughly entertained throughout. Sean Bean plays a likeable, smooth, yet no nonsense killer. Chris hemsworth and Victoria Profeta played the part of the unsuspecting victims pretty well. I liked how the director branched out the plots - it was simple and to the point; there was no bullshit explanation for any alternatives that could have happened.

Well I definitely think this couple could have outwitted the killer a lot earlier than they did. I would have understood the fact they were scared, but come on really?!?

Never get smart with Pyke Kubic, he will whoop your ass. He wants his money any way he can get it - fast or slow!!! 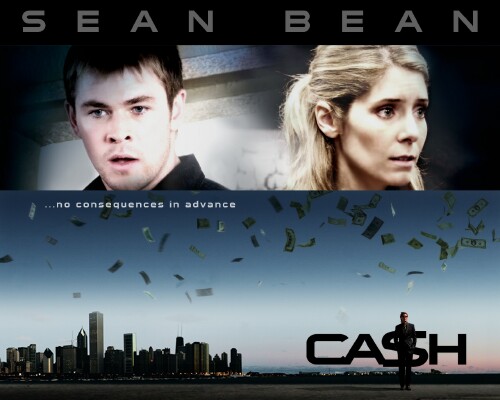 Ca$h has a simple plot, but it was well done. And I do hate complicated plots, which give no reason as to why the character do what they do - They tend to connect an invisible line from the ending to the original plot. Ca$h definitely doesn't do that. All actors that play their role play it well. My only complaint is that the main plot to the movie could have ended earlier. Out of TOV 5 stars, I give the film a 4.