The House of The Devil DVD Review

Hey folks, Valkor here, and were continuing with TOV's 15 films of Horror. I am really scraping the bottom of the barrel here because films I thought were gonna be good, turned out to be god awful! Thus, tons of films sit on my throwaway pile. But number seven on our countdown, The House of the Devil (written and directed by Ti West), is one of those films that grows on you and after it's over, has some lingering effects. 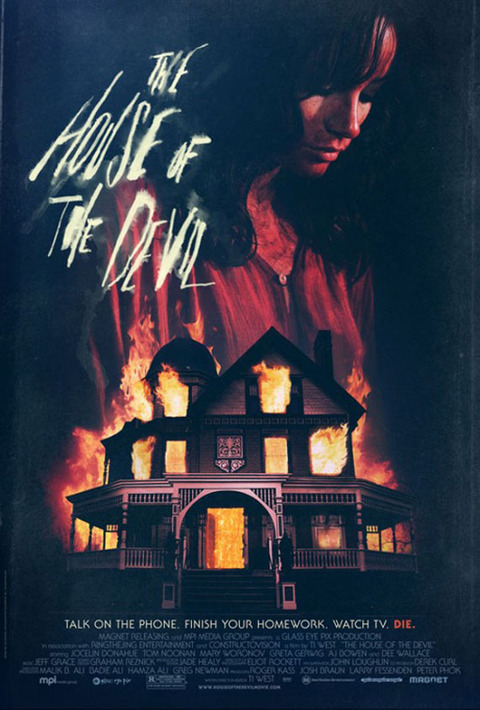 The House of the Devil revolves around a sophomore college student Samantha (Jocelin Donahue), who needs to raise some serious cash so that she may move out of her dorm and into her own place. As she's roaming about (unable to get in her dorm thanks to her roommate gettin some), she spots a flyer looking for a babysitter. She calls the number but only gets the answering machine. But no sooner she hangs up, does the person looking for the sitter calls her back, arranging a meetup, which doesn't happen. However, the two are able to reconnect and they meet later at the employee's home. Samantha and friend Megan (Greta Gerwig), who drove her to the house, which is out in the countryside, are escorted into the Ulman home by Mr. Ulman (Tom Noonan; loved this guy in Robocop 2). Inside Ulman tells Sam that the job isn't to watch a child, but an elderly adult. Samantha is reluctant at first, but the prospect of making 400 bucks for four hours (more than what she needed) to watch an elderly woman, whom by the owners own words, can practically take care of herself, persuades her to stay – totally against Megan's wishes. But once everyone has left the home, Samantha realizes she's in for one hell of a night – literally, as the Ulman's are including her in a satanic ritual. 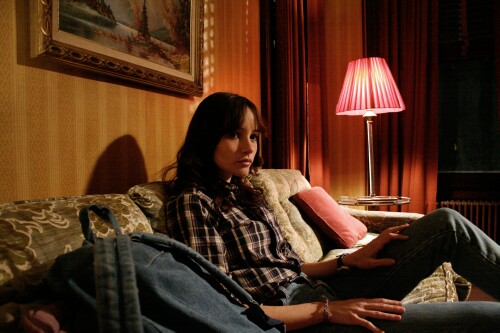 The House of the Devil also stars another favorite – Mary Woronov (who played The Channeler in another film favorite "Warlock") as Mrs. Ulman. When I started the film up, I thought "whoa! How old is this movie anyway?" As it turns out, the director went for a totally eighties feel, including the cheesy opening and even the ending, plus 80's tunes strewn about. Wow! 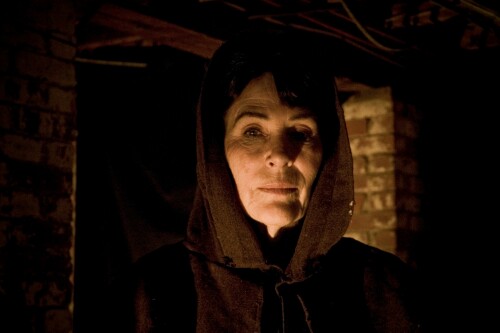 This brings us to… 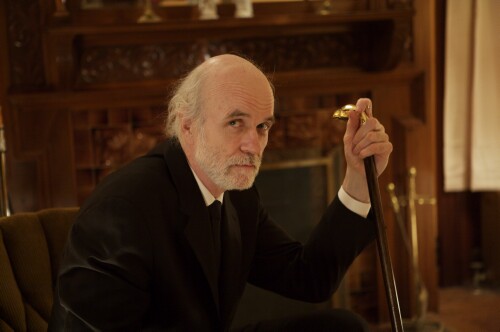 Capturing the 80's was an excellent choice, because that's when some of the best horror films were released! I mean not just the look, not just the credits, but even the actors nailed the look of the 80's – right down to Jocelin's pancake ass. Everything is totally 80's and I loved it! It just felt… so right… The acting was pretty solid, props to Jocelin as she had the most work of the bunch. But I can't forget Tom Noonan and Marty Woronov; sure their roles were short, but I was so glad they were there, if anything to complete the 80's package, as they seem to fit right in. The the pacing is very slow, however the mood is definitely creepy and the ending is gratifying. If you just so happened to watch the film with the lights out… you'll definitely get a sense that they should be on when its over. It's that creepy! 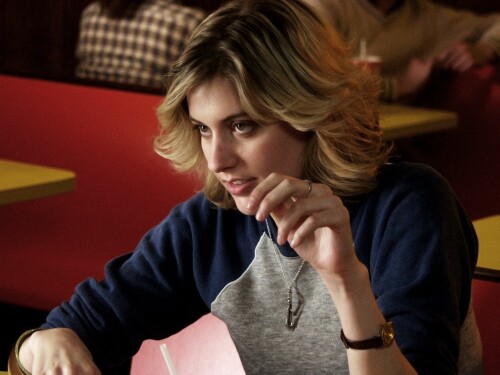 It takes about an hour and 10 minutes for anything substantial to happen. There are lots of creepy moments and the tension is definitely there, but in the end you'll watch more than an hour before the film ramps up. 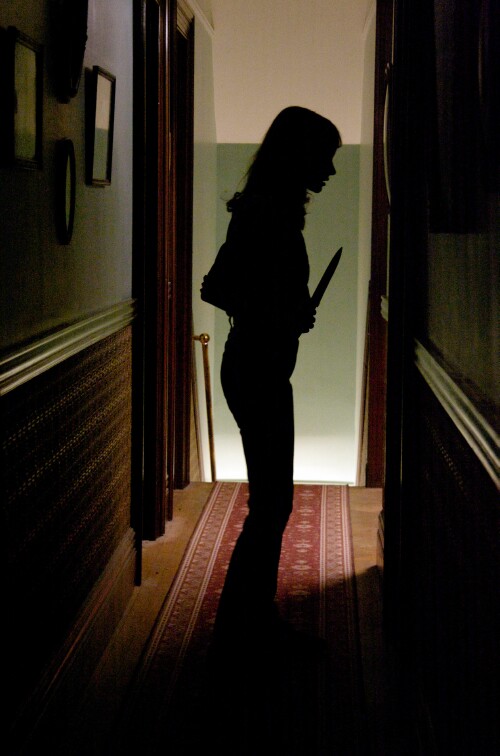 Samantha having blood poured into her mouth. Ergh!

I gotta hand it to Ti West and company for putting together a fine piece of horror that is "The House of The Devil". It's got a crazy story that long to take off, but definitely not short on terror. Out of TOV 5 stars, I give The House of The Devil 3.5 stars and it's been Valkor tested and TOV Approved. Make it a part of your Halloween night. 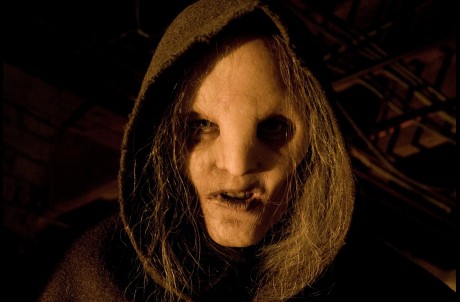 The House of The Devil DVD Review
The Good: Creeps you out long after its over
The Bad: Too long to get started
The Ugly: Gobs of blood in mouth
TOV 5 star rating: 3.5 stars