Hey gang, Valkor here. The WWE has a good franchise going with "The Marine" series and I think it's great that each new film features a new star from their wrestling roster. The first film with John Cena was fun with tons of explosions. The second film starring Ted Dibiase Jr. had a much better plot and way better action that made more sense than the first. This brings us to the third round of the franchise, The Marine 3: Homefront DVD starring Mike "The Miz" Mizanin. Can this film compete with its predecessors? Or will it get hit with "the curse of three"? Read on. 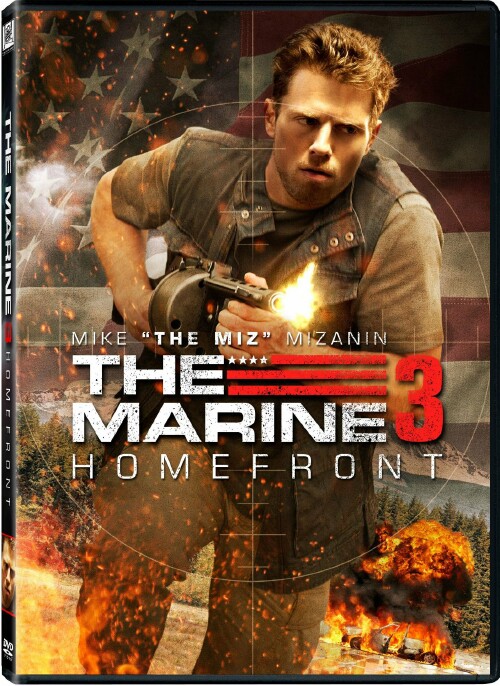 The Marine 3: Homefront finds Sgt. Jake Carter (Miz), returning home from his stint in the Marines, on two weeks leave. This gives Jake the chance to catch up with his remaining family – two sisters Lily (Ashley Bell) and Amanda (Camille Sullivan) and also hang with his best friend Harkin (Jared Keeso). For the most part things are hunky-dory with a few sparks between Jake and Lily (he doesn't approve of her decisions with her job or boyfriend). Plus he learns that Amanda and Harkin are dating, so that's not going over so well either.

Things get even more intense as a militia group lead by this guy named Pope (Neal McDonough) moves into town as part of a deal gone sour… for the other guy who tried to flip the script, but wound up with a bullet to the brain. How does this connect to Jake? Well Amanda and her boyfriend Jared (Jeff C. Ballard) were near where the deal takes place and oversee the shooting. Lily screams alerting the criminals who then hunt down the couple and take them as hostages aboard their base camp – an old ferry. Fortunately Lily was able to call Amanda just before she's taken, who then informs Jake of what happens. He heads for the location and has a run in with the FBI. But they're pretty much useless as their storming of the base ends in complete failure leaving Jake to do whatever it takes to save the life of his sister. 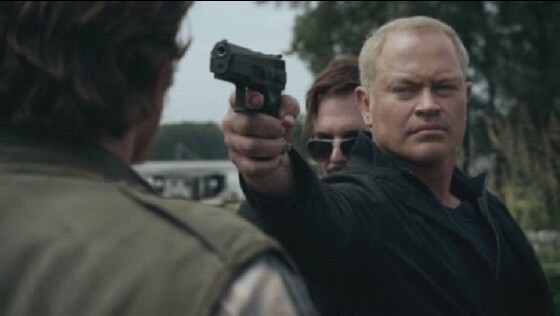 Homefront steps away from the "save the wife/girlfriend" plotline and centers on Jake rescuing his family; however it feels very much like the second film with waaaaay less explosions than the first. So how does it stand by its lonesome? 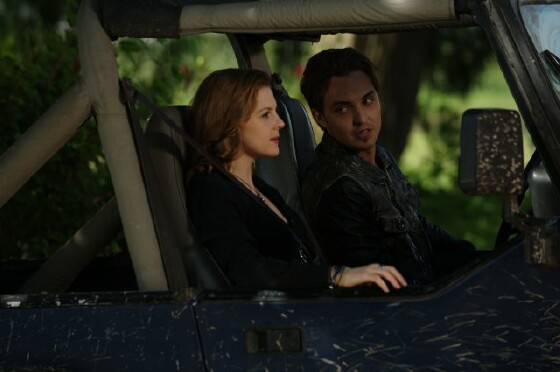 I have to say, Homefront is a pretty decent action title; the first two literally threw you into the action with guns blazing. This third outing, sure it starts out with a bank robbery but after that things simmer down a bit. But when the action kicks in, you get some decent fights, bullets flying and bodies droppin. The plot is simple and none too difficult to follow and the acting is pretty impressive. I'll admit, The Miz did a damn good job As an angst-riddled marine in his first outing outside of the squared circle. As much as I enjoyed Dibiase's acting in part two, I think Miz takes it up a notch and gives an amazing performance.

The story feels too much like part two, especially with the fall of the FBI troops, which is similar to that of the military being taken out in the second film. I also thought the film should have stuck with the "save the girlfriend/wife" plotline as things appeared uncomfortably close between him and his sisters, especially towards the end. They way he's looking at his sisters as their hugging and kissing their boyfriends… just a little weird. A little. Or maybe I'm reading too much into it. I just think he should have been given a woman as he appeared lonesome at the end. Finally the action is pretty tepid this round as there's not enough of it. Of course we're dealing with a smaller militia, but still a few explosions, more fists being thrown, and a few extra gun battles couldn't have hurt the film any. And I'm not gonna touch on how predictable the film is… but it is predictable.

Jake by the end of it all; dude was a bloody, burned up mess.

The Marine 3: Homefront is available now on DVD, Blu-Ray and digital video. It's a fairly decent actioner, with some pretty good acting, while even with its faults, it's still worth checking out, especially if you're a fan of the series. In the end Homefront gets a 3.5 out of TOV 5 stars and I look forward to seeing Miz in a few more action titles in the future. 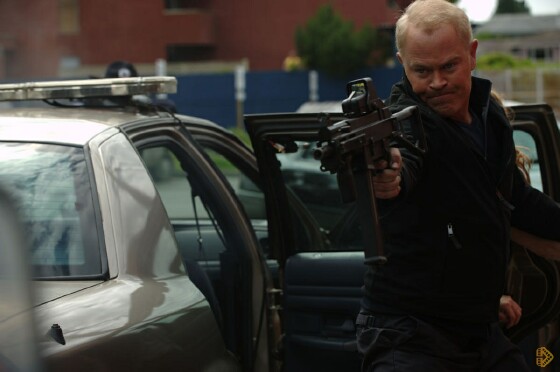