Hey gang, Valkor here. The last couple of weeks of June 2016 will be filled with all things tech-related; events such as Showstoppers, CE Week, GetGeeked and even Pepcom, look to highlight some of the latest and hottest gadgets in the tech industry to date. And speaking of Pepcom, their Digital Experience is the first of the bunch with a theme that takes us back to the roaring twenties, complete with Flapper girls and related drinks. But it’s the gadgets that're the real highlight, so let’s take a look at a few favorites from the show floor shall we?

While the show floor was abundant with various vendors, covering a wide range of tech and tech accessories, I kept things to a minimal, staying within the confines of what TOV likes to cover; and at the same time, I wanted to expand my reach on some new items. As always, click the name next to the description, if you wish to learn more about the company and what they have to offer. 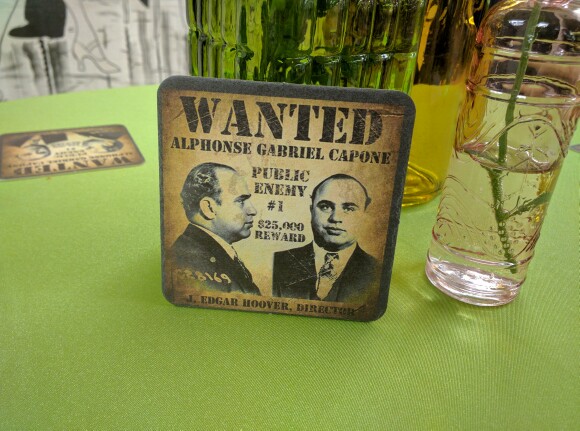 Sage by Hughes – Along with Alacran’s review of the Remocam, TOV has only just begun to cover the field of home automation and surveillance; and while I almost gave the folks at Sage a pass, I’m glad I took the time to see what the company had to offer. Sage offers up a wide range of home security and automation products that you can customize to fit your need, which includes window and doorbell sensors, surveillance cameras and more. It’s all built around a hub unit and applications that help you monitor your home, even when you're quite a distance away. A really cool feature offered by Sage is “MyLocal911”, which is great for when you’re out of town and your security is set off because some unknown decides to enter and partake of your goodies; you can now call your local 911 to swoop in and save the day. That secure feeling even when you’re away from home is a much-needed bonus. 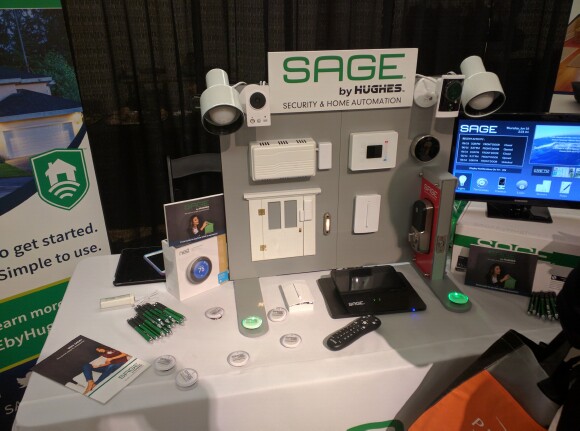 Focal – This is the type of company I’m used to seeing at the Luxury Event; Focal was on hand showing off one of the boldest and the most expensive pair of headphones to ever grace my ears called “Utopia”; and I found the name rather fitting, given the quality of audio they produced. The experience of wearing the Utopia headphones was touted as being the equivalent of standing near some very high-end speakers – and I have to say thus far, Focal has scored a win with these headphones. The Utopia’s featured a super rich bass with chillingly clear vocals when combined, produced an exceptional sound so well that anything that followed pales in comparison. Unfortunately, that $4000 price tag means they won’t be making a Val-Cave appearance anytime soon. 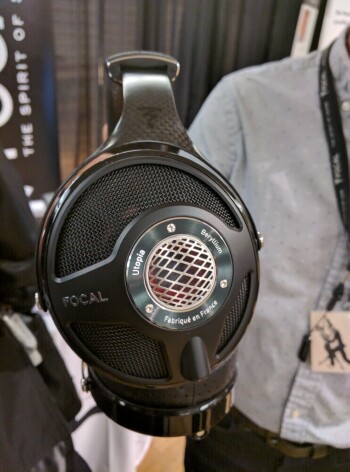 Stikbot Studio – Take a few plastic, yet poseable stick figures, toss in a green screen, add in the power of your smartphone plus your imagination and VOILA! You’re well on your way into the world of stop-motion animation made easy by Stikbot Studios. What’s cool about Stikbots is that the actual figures have suction cups on their hands and feet, so you place them in a variety of wild poses. To complete your masterpiece you can toss in some clip art and sound effects and maybe a zany backdrop. The possibilities are endless!

Moshi – It’s been awhile since we’ve covered TechGear on the site, and I’m looking forward to testing out Moshi’s latest in tech accessories to the fullest. First up is the Helio Backpack and the Aerio messenger; both are lightweight and offer up a slim design that has a professional presentation but can easily mix it up in any casual setting. I like how the Helio sits well, flat against your back as to give it a less than bulky appearance. Moving on to something for your ears to feast on, Moshi showed off their latest headphones – Avanti! These headphones are durable, lightweight and very cozy against your ears. Plus sound quality was on point. But that was on their tech, now we wait and see how it all goes down in the Val-Cave! 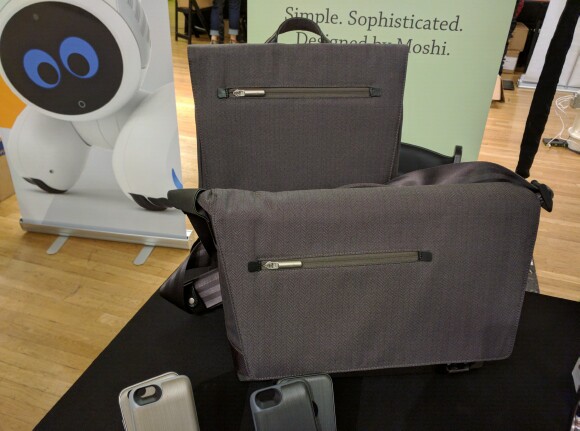 Bitdefender – You have a home loaded with internet connected devices from computers, gaming systems, smartphones and in some cases home security and even refrigerators. But how well are all of these devices protected against viruses, malware, and cyber attacks? Enter the Bitdefender Box, the one and only hardware solution to lord over your entire world of internet connected devices, ensuring that nothing damaging gets in or out! The Box touts an easy setup and simple to use app interface that works on either android or iOS. I’d go further but I’m saving that for a full review, which we’ll have in the coming weeks, so stay tuned. 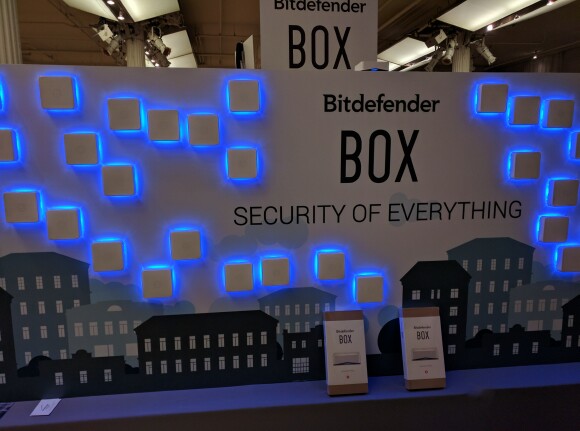 Kingston – It’s never a dull moment at Pepcom when the folks at Kingston are around. And they never fail to have something on hand that I’d want to get my grubby paws on. This round they brought along a couple of gaming headphones that look to be a contender not just at home but on the professional circuit as well; first up is the HyperX CloudX, which is officially licensed and made for the XBOX One. Normally you’d need an adapter with any of the HyperX gaming headphones, but XBONE users can get a serious pair of headphones made specifically for them. Next up is the Revolver, which features a mean look, touts a big sound and more accurate location audio to bring your gaming to the next level. Finally, as we stray away from the headphones, Kingston had on hand the next incarnation in the MobileLite series – the MobileLite G3, which allows you to backup and access your digital media wirelessly. The G3 also acts as a charger for your mobile devices, providing double the power than the previous version. You can expect a full review of the G3 coming soon to TOV. 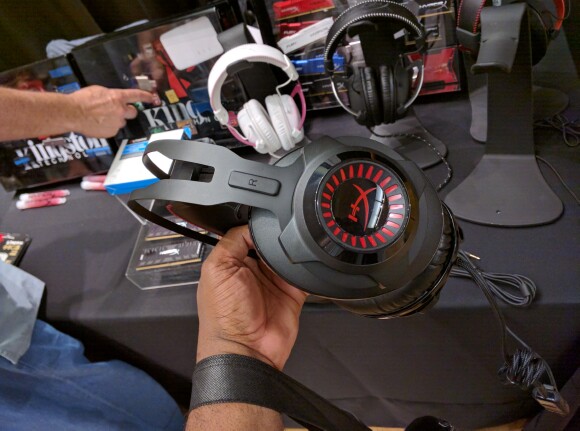 Huawei – The Chinese mobile manufacturer is making some big moves here in the states, showing much success with their inexpensive mobile devices such as the Google Nexus 6P; and while their latest is not yet ready for these shores, the MateBook looks to be something special and a definite contender in the tablet market; the MateBook is a Windows tablet with an added keyboard (sold separately). And at the time of my visit with the company much wasn’t known about the device in terms of specs - even their website lacks info, save for a few images. But from what I could tell, it’s a Windows 10 interface and I have to say, it handled quite well to the point that I think I’d like to invest in one for myself. We’ll have more on the MateBook as soon as we get more details. 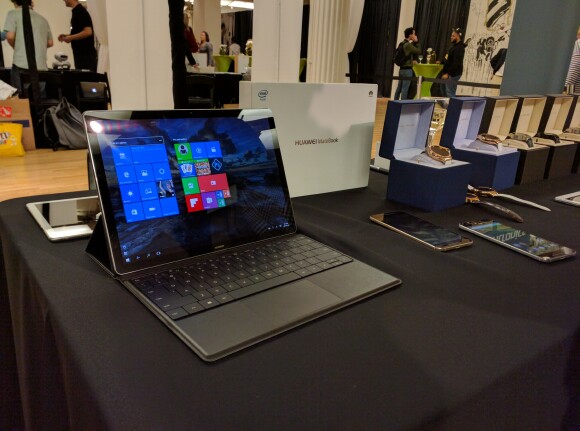 This round of Pepcom I kept things short, but expect much more tech coverage from my attendance at the GetGeeked event, and once again stay tuned as we’ll have full reviews of some of the gadgets featured here in the near future.