Hey folks, Valkor here. Feb 2nd, the day was snowy. But on Feb 3rd Sega turned up the heat as I trekked the streets of NYC to get the latest from one of the best in gaming. True the majority of games I’ve already seen and almost none were playable, but it’s still quite cool and there’s so much to look forward to.

Alpha Protocol – Last dev I’ve seen this game we were in the freezing land of Moscow. This time around Sega showed off the steamy desert of Saudi Arabia. Our hero’s job is to find and extort/arrest/kill Nasir. You’ll dive behind boxes, duck behind tanks, and even intimidate to get to your objective. And that’s what I love about this game and that for every action you take, there’s a reaction. And once you make that choice, that’s it your stuck with it. Once you reach Nasir and you choose to kill him, well since he was an arms dealer you won’t get his weapons, plus you’ll piss off your higher ups because… well Nasir is DEAD. Also introduced was an added comparison system, so you’ll see what one gun has over another, and also some lighting effects. Plus we were able to check out “freeze time”, which each weapon is capable of. You’ll be able to literally slow down time to get in some sweet shots. It’s an RPG unlike any you’ll every play. Look for Alpha Protocol early summer.

Resonance of Fate – This fantastic looking J-RPG is nearly localized and still looking awesome. Much of what I’ve seen last event still stands, but much of the text has been translated. We did see some cool customization of outfits you can have the characters wear and it carries over into cinematic cut scenes. And speaking of customization, you can also customize your weapons, which most if not all are based on real guns. We were also treated to more battle scenes that are turned based, but you can position your characters to where they can be better situated, especially if you wanna pull off a resonance attack that could involve all three characters. Look for this baby to hit shelves near the end of March. 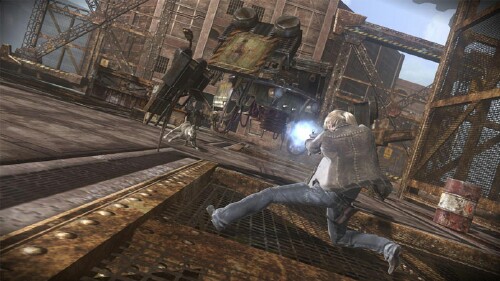 Iron Man 2 – Reviews from the first game were chewed it a new a-hole. This time around the Sega peeps have learned from their mistakes and looks to have refined a mighty fine game, that’s features characters from the movies, but follows along the lines of the comics. The game features 8 levels each with different missions that need to be accomplished. The levels we were able to see (and sadly not play) featured Iron Man escorting SHIELD armed transports. You get to bust up robots, take out helicopters and bash gunners. And it all looks fan-freakin-tastic. Next scene took place indoors with War Machine. That’s right you, get a choice of not only Iron Man and 11 of his armors, you get to bring in Rhodey and a whole new set of weapons. Dude he really tears it up! It’s single player action that promises hours (maximum 12 hours) of fun; deeper storyline, intuitive controls, suit customization all coming out at the end of April. “Let’s be awesome!” Sonic Collection (Nintendo DS) – This is basically all the Sega Genesis Sonic games, on the DS. Choose between Sonic 1, 2, 3, and Sonic and Knuckles. Sonic on the go? Why not! 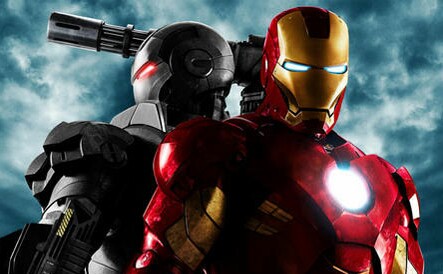 Yakuza 3 – Sega’s Japanese “Grand Theft Auto” is back (sans the auto, but you get lots of other cool stuff to do). Yakuza 3 takes place after the 2nd game and features Kazuma Kiryu once more. I didn’t go too in-depth with the game (and it wasn’t playable). Today we were treated to some cool cinematics, one involving a Love Hotel and Kazuma’s boy pretending to be his lover so they can whack a guy, we were treated some Karaoke, an arcade where you can play some cool mini-games, and even go into a 7-11 type shop to buy some eats and rendezvous with a guy who’s watchin you while you read some real mags (some very NICE mags). Tons of side quests, a serious main quest, and so much to do you’ll forget you had a life once you start playing… if you didn’t have one to begin with.

Other games were on hand, but these were my main focus. Mind you when I stepped on the event floor I headed straight to the Resonance of Fate set-up. But to top things off folks at 3 A.M. Eastern time, ProjectNeedleMouse will be announced. That’s right everything you wanted to know about the new Sonic game built from the ground up, will be unveiled. If you miss it, don’t worry, TOV will have all the details.