Hey gang, Valkor here. When Godzilla (2014) was unleashed unto the masses, I was expecting a film that would take the giant monster franchise back to its destructive roots – especially after the hot garbage that was Godzilla (1998). Unfortunately (for me) it was rather lackluster, though I will give props to the look because “Damn!” Godzilla was ginormous! Now the gang at Toho Pictures are back to reboot the franchise, taking the great beast back to its “laying waste to the land” roots, with a political spin in “Shin Godzilla” aka “Godzilla Resurgence”. 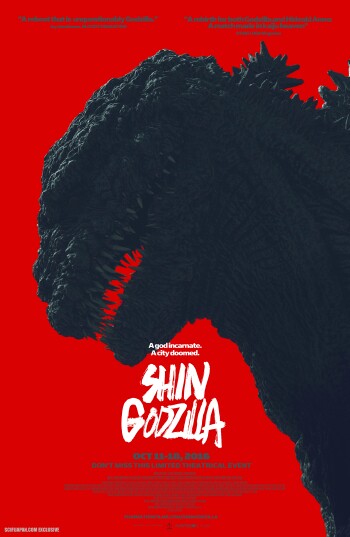 In “Shin Godzilla”, the film literally hits the ground running as Japan is under attack from a giant creature that emerged from the sea, weaving a path of destruction along the way; it starts out walking along the ground, on its belly, but eventually the giant creature stands upright, stomping towards Tokyo because… reasons. Some of Japan’s finest minds come together, along with a joint effort from an American task force, to try and figure out just what this creature is, why it’s going in the direction it’s headed and what is its reasons for doing so. While we get a nice dose of the Godzilla monster tearing shit up, much of the film takes place in boardrooms where groups of scientist and politicians try to come to grips with the situation, doing what they feel is best for the nation in the face of such a threat that could tear apart Japan as a whole. Once cooler heads prevail, a solution is found, and the giant creature is stopped for now. And that's pretty much it; there are no love stories, or children mourning the loss of their parents. It's just a straight up story with a political spin that mixes reality with fiction.

“Shin Godzilla” is the 31st film in the Godzilla franchise and it coincides with a host of events centered on the creature in and around Japan; for starters there’s the Godzilla suite at the Gracery Hotel in Shinjuku, then there’s the “Cool Japan” Event, which will showcase a 4D ride centered around a Godzilla attack, along with a host of other related events. Expect a full "Cool Japan" report next year as I’ll once again be in attendance.

“Shin Godzilla” isn’t the giant monster, throw down flick I was expecting; instead, we’re given a sociopolitical look into a world that’s been ravaged by a giant creature and how they handle the situation. Godzilla (2014) should have been something along these lines. Instead, that film tossed in too much extra stuff like a love story, a father who is killed off in the beginning, and more giant monsters that did most of the destruction, when really I wanted to see Godzilla do the bulk of it. But back to Shin, this is one film that did a bit of reaching, where it drew from recent events such as the Fukushima reactor and Tsunami event that hit back in 2011 (okay maybe not that recent, but you get the idea). The tension is real, the people’s reactions to the occurrence feel real, and there’s even a scene that’s almost expected where people are taking selfies as they attempt to escape disaster. Sure the film is dialogue-heavy, but it adds to the realism of the situation. But forget all that, you came to see Godzilla in action right? While you don’t get a lot of it doing what it does best, there’s just enough that should keep most fans satisfied as he tears it up through Tokyo, firing off his heat breath, and toppling anything that gets in its path! And the design is way, way more frightening than the original; given today’s advancement in film technology, the creature comes across as immense! Just as big, but not as huge as the 2014 version, but still damn scary! I have to say, I enjoyed everything about “Shin Godzilla”, and while it wasn’t the monster movie I wanted, I can see it as the start of something awesome. 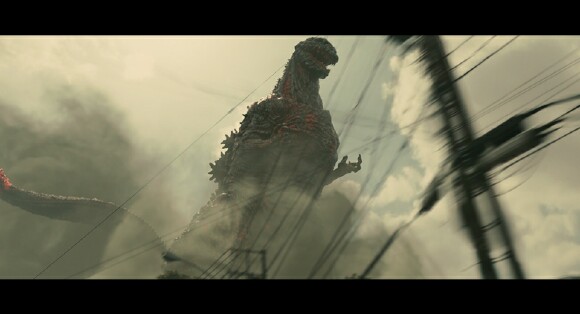 First, the film does drag quite a bit; again this is one dialogue heavy flick. Also, I feel Godzilla’s arms are way too small in proportion to its body. 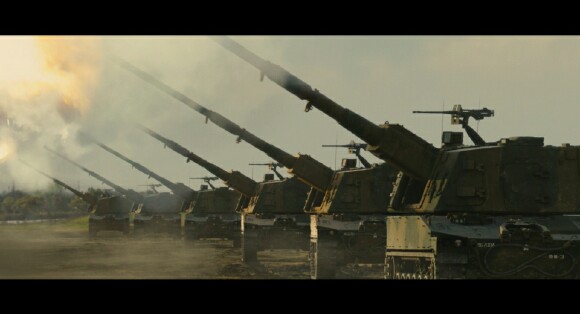 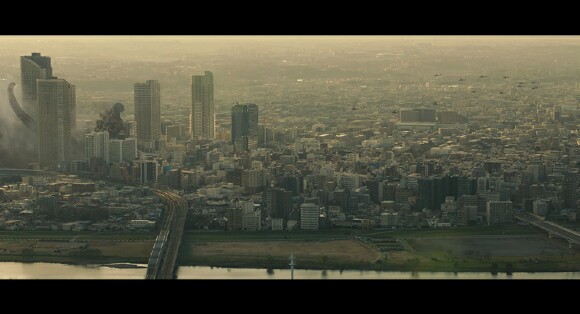 There’s no release date for the home version of “Shin Godzilla”, however, the film has been picked up for North America release by Funimation, which held a limited run of the film back in October. Regardless, if you’re a fan of the franchise and if you can handle all of the political rhetoric, then you’re you’ll discover a fascinating piece of film with a taste for destruction. So, out of TOV 5 stars, I’m giving “Shin Godzilla” a 4. 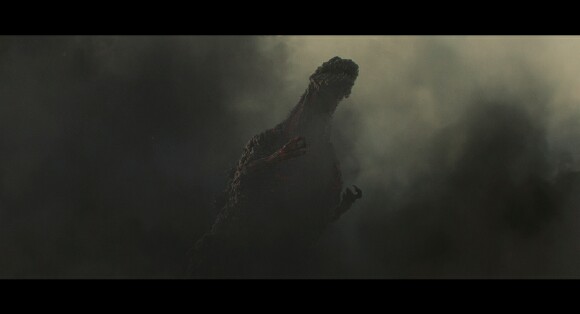