Hey folks, Valkor here. You know, I'm a huge fan of all things Batman – from comics, films, video games, and even toys. I've watch the recent iterations on the big screen grow into a huge success (I can't see Dark Knight Rises as being anything but a success), and the video games… oh the video games. Batman Arkham Asylum was pure awesome, and I haven't played Arkham City… yet, but my time will soon come. But all of this makes me wonder – why is it that can't a Superman get off the ground? Bryan Singer tried with Superman Returns, but someone forgot to tell him that Kryptonite weakens Superman and it can… you know, kill him. Thankfully the newest film," Superman: Man of Steel", is showing promise and I can't wait to see it. Now when it comes to video games, I can only think of one good game, which was the arcade version released back in 1988 (though I will admit, the NES version is my guilty pleasure). And that's when it dawned on me. Why not combine the coolness of the Arkham games and wrap it around a franchise equally successful? I'm talking about Smallville: The Video Game. And as far as I know there isn't one, but with the right people at the helm, I know that this could be the Superman game we've all been waiting for.

Smallville TV series chronicles the life of Clark Kent before he became Superman, leading up to the climatic event where he takes on the mantle as savior of Metropolis. If we take elements from the Arkham games, we have the perfect starting point for our Smallville game, while adding new features specific to Clark Kent/Superman. 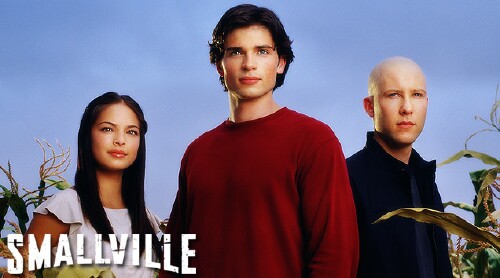 1) Go action/RPG – Similar to the Arkham games, we take the idea of earning experience through defeated foes, solving puzzles or finishing quest and apply them to Clark, who can use that experience to unlock his powers, costumes, combo attacks, assist characters, and other useful items. The game would follow Clark just as the series does giving him only his super-strength and speed at the start. But as the game progresses he can unlock his other super powers including heat vision, freeze breath, speed attacks, and limited flight. With abilities unlocked, Clark can return to previous areas of the game to find other objects or complete quests that he couldn't beforehand.

2) Controls – Superman is a one punch character in that he can take out must bad guys with a single blow. But when he comes across tougher villains, he usually mixes things up with his flight and speed, but ultimately Superman has no style (and honestly he doesn't really need it). However in a Smallville game, he can develop a fighting style, similar to that of say God of War or Devil May Cry. Clark can start out with a basic punch kick combo, but as he progresses he can unlock a combo pattern, which would be very effective against stronger foes – not something that simply looks good upon execution. Add into the mix heat vision and freeze breath and he'll be a force to be reckoned with. 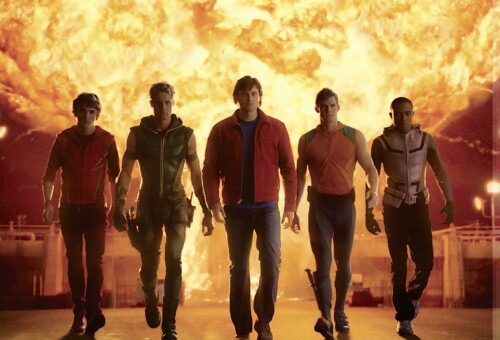 3) It's an Open World – an open world environment, similar to that of say Grand Theft Auto, is most suitable for a character such as Clark as he'll have to deal with multiple locations such as the Kent Farm, the town of Smallville and any surrounding cities/locales, including Metropolis, which will give Clark the opportunity to take on side quests. This would not only open up the possibility of further developing Clark's abilities (completed quests earns him experience, unlocking powers gives him access to new areas) but an open world gives the player a variety of ways from getting to point A to point B – it can't always be about the speed; Clark can make use of cars, motorcycles, or hey maybe he'll come across a character that can teleport?

4) The Bad guys – When the series first aired, the show took on a "freak of the week" or "meteor freak" premise where every week Clarke would have to face off against a villain who powers were derived from Kryptonite (Kryptonite bits flew everywhere when Clarke's ship crash landed on earth). Of course there's no need to introduce all of those characters, but just a few would be fine to start things off and these would be your initial boss characters until the more serious villains such as Mettalo, Doomsday, Braniac, or Darkseid show up. Now given that this is Smallville, I don't recall there being "pockets of gangs" strewn about for Clark to fight, but this could be an opportunity to develop some by creating mobs whose powers and abilities are derived from kryptonite. 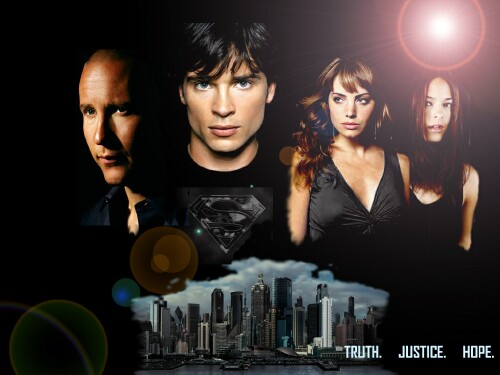 5) The Quest begins – On top of battling meteor freaks, Clarke can go on two types of quests; the first types are the ones that progress the story (these can be pulled directly from the show or created specifically for the game), introduce key characters, and unlock areas. The second type would be like the Riddler's Quests in the Arkham games or quests given to Clark by other characters; you don't have to solve every riddle, but doesn't hurt. In this case you can perform these side quests to unlock costumes, find certain items, and earn extra experience. or even a datesim type quest where you try to get a date with Lana or Lois. Side quests can also be given by other characters

6) The Characters – Smallville introduced to fans as well as newcomers into the Superman universe, new and existing characters (both good and bad) such as Lana Lang, The Kents, Lex Luthor, Jimmy Olsen, Jor-El, Martian Manhunter, Braniac, Metallo, and Perry White to name a few. Each character, no matter how big or small, should have some influence on Clark in the game not just for character development but also to help move the story along. 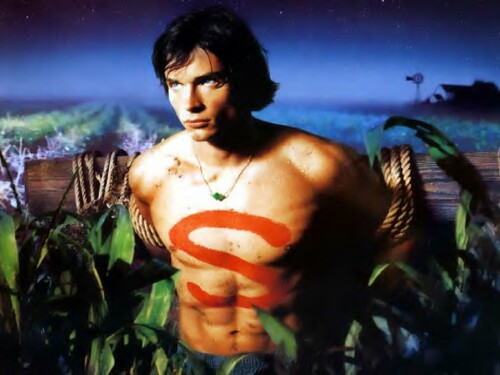 7) X-Ray Vision acts as Detective Mode – In the Arkham games, Batman uses his "detective mode" to glimpse through walls to see awaiting enemies or find hidden objects. The same concept could be applied towards Clark, in conjunction with his super-hearing, to aid him. So you not only have the ability to have to see bad guys, but also hidden traps, objects, persons of interest, weak foundations, etc.,

8) Suit up! – About mid-series towards the end, Clark wore several different costumes; one was just a red jacket and blue t-shirt (he was called the red/blue blur because of it), later he wore a black trench and black shirt with the "S" symbol drawn in (just "The Blur), next was the daredevil-inspired red leather jacket and slick-back hair (????), leading up to the iconic Superman suit that we all know and love… and we never got to see him actually wear it. In this game we won't get a crappy CGI tease - let's see Welling, full-on in the suit! To go even further players can try out different skins such as fan created or comic book related suits. There's a few I mention in this piece that I wouldn't mind seeing done in the game. 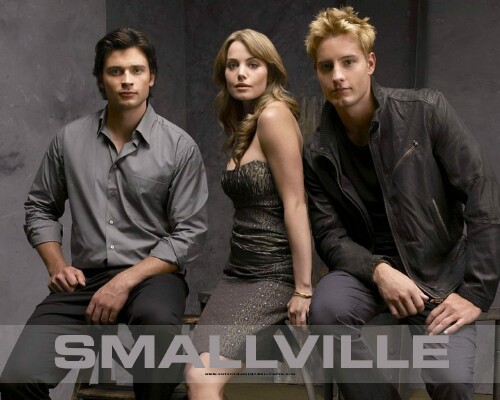 9) Justice League Assemble – Martian Manhunter, Aquaman, Impulse (The Flash), Green Arrow, Black Canary, Cyborg, Zatanna, The Justice Society among other characters can either be playable (for specific missions) or backup characters to aid Clark during more crowded or chaotic moments. Imagine being surrounded by Meteor Freaks, you call in Hawkman, who swoops in to clear out some of the enemies. And if possible, make so Clark is able to call in two heroes to aid him.

10) Bring on the Bat… sorta – One of my biggest issues with Smallville is that Bruce Wayne never got a chance to make an appearance. A lot of fans will argue that Bruce was still away on his own training mission. But I'd say by season 7 – 9 of Smallville, he should have already returned to Gotham. So why not have him pop into Smallville/Metropolis? His role doesn't have to be a major one, but more to set up the relationship between the two characters and maybe assist in a quest or two (This would make for a great precursor to a possible "World's Finest" game?? Awww I just blew your mind!!) 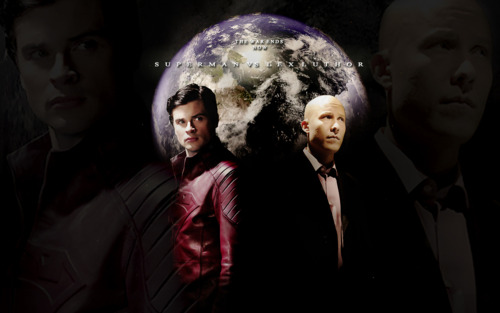 11) Quick Time Events – Just like in the Arkham Games, there are moments where you need to press a series of buttons to perform a particular action. In the show there are plenty of "bullet-time" moments where Clark uses his speed to stop bullets or rescue someone from falling or a burning building. This is where you can apply QTE moments to make that event more cinematic or it could be used in fighting larger boss character.

I could go further, but I'd like to open the floor to you guys – what would you like to see in a Smallville game or should one even exist? Personally, I'd love for it to happen and what you've just read is sort of my wishlist of what and how a Smallville video game could work; using the Batman Arkham games as the basis, I think DC/Warner Bros/and yes even you Rocksteady games, you'll have another hit on your hand.