Hey gang, Valkor here. And welcome back to another episode of MediaView, where we showcase some of the latest films that may or may not be worth checking out. The latest flick to come my way, Syrup, is sorta of in the middle; while I find it has some moments of fun, to me, it ends kinda bad. But is it worth your time? Read on and find out. 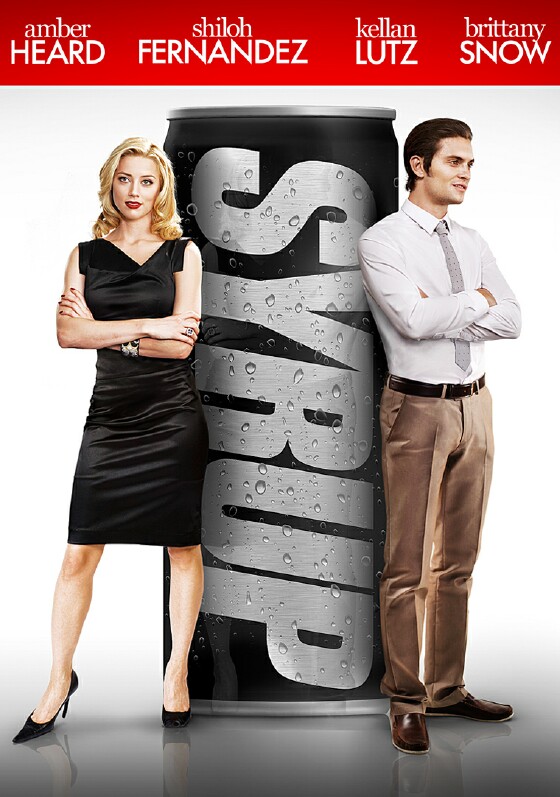 Syrup centers on slacker Michael aka Scat (Shiloh Fernandez), who comes up with a brilliant idea for a new energy drink called Fukk – it's simply a syrupy energy drink, but would sell based off of name recognition. He brings the idea to an ad agency that's all about soft drinks and presents it to Six (Amber Heard) – who handles such new accounts, plus she's a knockout, bombshell, hotty babe to boot! Unfortunately for Scat, he forgot to trademark the name, which his friend "Sneaky Pete" (Kellan Lutz) capitalizes on the idea, scoring the big bucks. 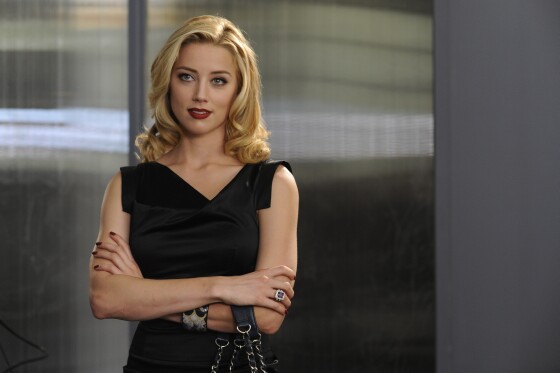 Fukk is a huge success and the most popular drink in the states, but now it needs an ad campaign for the ages and Six is brought in to handle it. She in turn brings in Scat to see if "he's got another Fukk in him". It took him all of five days (which was the original deadline given to him by Six) and he comes up with a brilliant idea that sends Fukk into the stratospheres… until a kid dies mimicking the campaign. In the end someone has to take the fall and that fall is Scat, who gets the boot. 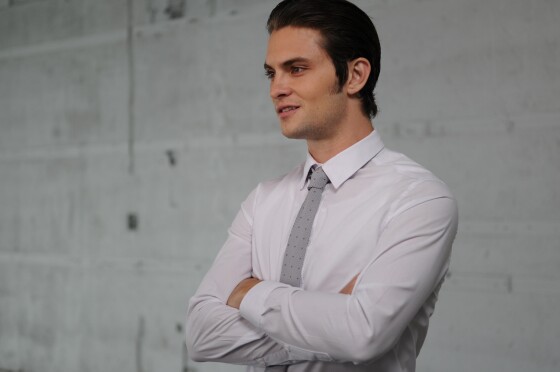 Scat is now living his life as a rickshaw driver when members of another agency spots him and brings him and Six in to help boost their sales and stocks. Together they create another drink called… wait for it… COK (cock)! On top of that they also have a brilliant marketing campaign where celebraties would endorse the drink and limit only those they deem worthy to get their hands on COK. This idea sends the drink and the company to the top of the charts… until some kid dies, killing himself because he wasn't worthy of the COK. Only this round Six is the fall gal.

And in between the ups and downs of selling energy drinks, the marketing behind it, and making/losing all those millions, we also deal with the Six/Scat relationship… or their attempt at one. We know he loves her but does she love him and if so why won't she let Scat completely into her heart. And all the guy really wants is the truth – especially her real name. In the end, he doesn't even get that and Scat winds up walking away from her. 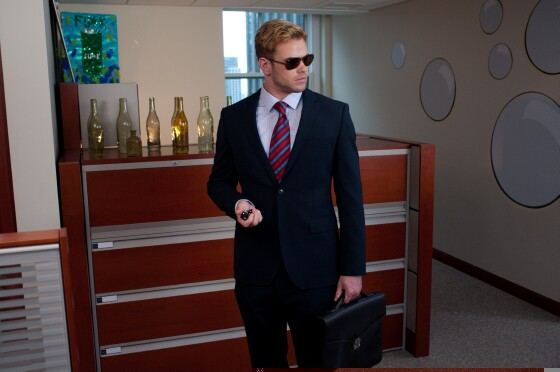 Syrup also offers up some interesting narration explaining the rules of marketing and business, which reflects on the characters as well as some of their actions. Plus we get a couple of cool cameos worth mentioning such as Brittany Snow (Would You Rather) who plays "Three" and has a saucy little scene. Finally there's Josh Pais, who gets nerd points for being the voice of the Raphael in the first Ninja Turtles movie – I'd recognize that voice anywhere. Kristie Alley also makes an appearance, but her role is mad tiny and forgettable and I feel that was a waste of some good talent.

I've watched and reviewed a few rom-coms here on TOV such as Loosies and The Con Artist, both scoring big. So how does Syrup fare and compare to such flicks?

I'll admit, the films mentioned above are way better than Syrup, but that doesn't mean Syrup is a terrible film. Quite the contrary, it's actually an adorable and enjoyable flick; this is the type of film you can settle down with a loved one as it injects just the right amount of story and fun without bogging it down with too much mush. The acting completely sells the film and Shiloh Fernandez and Amanda Heard give stellar performances; the two have very good chemistry together and play off one another oh so perfectly. I really enjoyed the narrations explaining the rules of marketing and Shiloh's Scat does the bulk of the work, with Amanda's Six chiming in a few times here and there. And it's just a thing of beauty to watch especially when they bounce narrations between themselves. I kinda wish there were more scenes like that and one scene in particular where it would have been awesome would be the first time they slept together (actual sleep, not sex). Finally, going back to Heard, she easily gets PerfectView bonus points; jesus, she's just so… so freakin gorgeous. So a decent story, great acting all adds up to a pretty decent film worth watching.

Though Syrup is a rom-com, it doesn't really feel that way. The film isn't sure whether it wants to be a rom-com, a comedy, or drama even. What I mean is, there are some laughs but not enough for a full-fledge comedy. There's the sexual tension between Scat and Six, but not enough to go full-on romance, and there's quite a bit of drama build up but not enough for a full-fledge drama film. In short, the film needed more comedy and a touch more romance to make it the rom-com it ought to be. I also didn't care for that ending; I thought it was stupid Scat walking away from Six simply because she doesn't fully disclose her real name. It was actually quite beautiful when he said his name was Michael and she says "My name is Six", it kinda reaffirms her name REALLY IS SIX. I think I'd be ok with that, but that's just me. Yep, I didn't like the ending at all.

Syrup is making the digital rounds and gets a limited release in June. And if you're interested, the film is based off of a novel by the same name written by Maxx Barry, who also co-wrote the script. I liked Syrup, I wish I could have been in love with it and while I didn't care too much for the ending, I still think the film is fun, entertaining and worth checking out. And out of TOV 5 stars, I give syrup a 3. Not good, not bad, just OK.