Hey folks, Valkor here. You know, after a long night out on the town with friends and getting into all sorts of shenanigans, we usually end up in a diner sobering up with some coffee, scarfin down pancakes, and retelling events that we might have missed when not in the same company. But after watching the latest film sent over from Image Entertainment, The Killing Jar, I might have to think twice about going in a diner late at night… I might never come out! 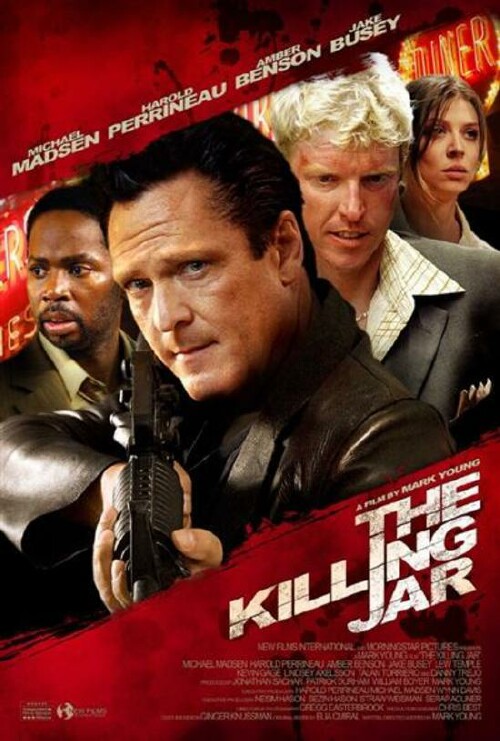 The Killing Jar stars Michael Madsen as Doe, a gun totin stranger who enters a lonely diner, coincidently on the same night that a family of four was killed. Automatically the patrons suspects he's the guy. He leaves but returns with gunz blazing. The occupants of this dusty diner features one lowly waitress with a home life that's equal to her work named Noreen (Amber Benson), a travelling salesman who just scored a big sale named Smith (Henry Perrineau), two kids lookin to break away from their small town existence, Starr (Lindsey Axelsson) and Billy (Talan Torriero). Finally you have the Chef Jimmy (Danny Trejo), the local deputy Lonnie (Lew Temple), and Hank… just Hank (Kevin Gage) who make up the patrons, staff and one passerby of theis diner in the small town of Silver Lake.

Soon bodies start dropping, and a new stranger named Greene (Jake Busey) enters the fold. Turns out the killings were no random act as Greene is in the diner to pay the man responsible for those deaths. He initially thinks its Doe, and Doe lets him believe it. Until he learns that Doe wasn't the killer after all. 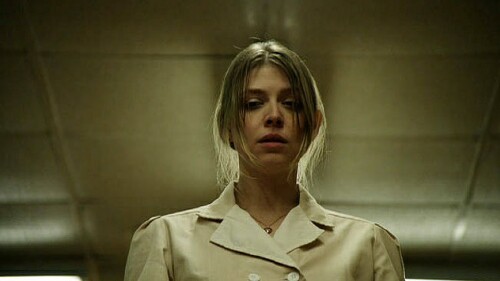 Tensions and tempers run high, secrets are revealed, and more bodies fall, until it all comes down to two people. And only one of the two will walk away from this unscathed… psychically anyway, I don't know about emotionally. 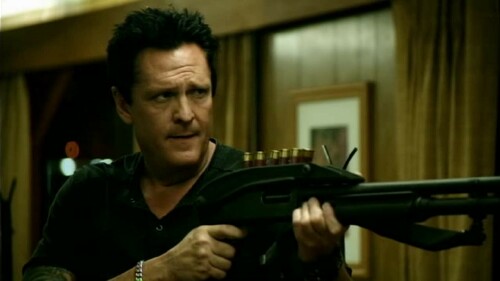 So you have a 90 minute film, all taking place within one night with revolving around this select group of characters, with a serious plot twist at the end... hmmm…. Looks like a job for the TOV Breakdown! 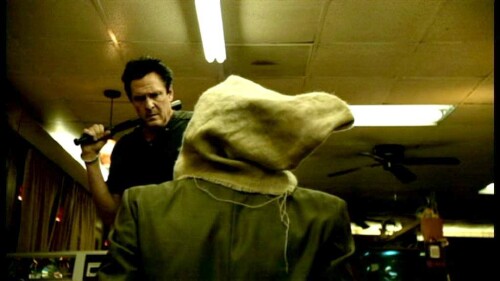 I wanna look at The Killing Jar as one big puzzle, just unboxed. The pieces are everywhere, just like the cast members but soon it all starts to come together. Sometimes you think you have the right piece (aka Madsen's Doe) and you think "Oh yea! This has to fit!" but it doesn't. Until finally, after you've gotten all the right pieces in place, taken out all the bad ones that don't belong, you're ultimately left with something that's really incredible to look at. What I'm saying, in a nutshell is that the plot works! It works in that you have a great ensemble cast who take what's given and gives their all, really fleshing out the story. The story, if you really wanna call it that, is really simple with a nice twist ending. Michael Madsen is one scary mofo, who puts on a hell of a performance. I know it's all scripted, but to watch him act out the scene with Jake Busey where he reveals "he's not the guy" that, to me, was just plain creepy and I loved it! The mood of the film is pretty dark, not dark in the sense that its dark outside, but the lonely feel of this diner out in the boondocks of Silver Lake is just plain eerie. Finally the level of gore is pretty high as heads get blown off in a glorious display of blood and bits spraying about. So great plot, great acting, what else is left to be said? Oh yea... 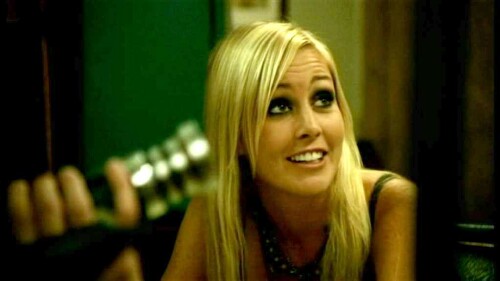 The Bad: For a thriller, The Killing Jar isn't very thrilling. I mean the film has its moments, but not enough to carry it through the entire 90 minutes. Why the first 10 – 15 minutes, is pretty humdrum (though that's all setup). 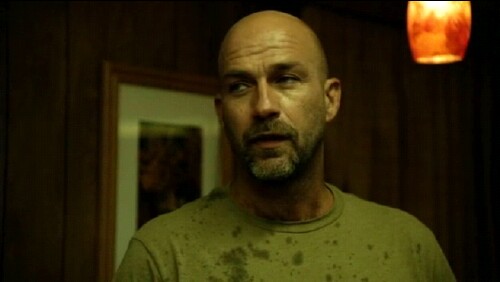 Danny Trejo's head getting shot into hamburger. Even though the scene is quick, you really can't miss it. 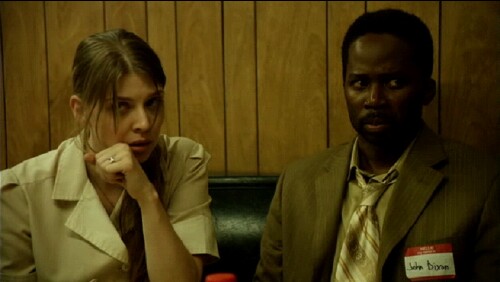 The Killing Jar, probably won't rank high on anyone's must see list, but I believe it's worth checking out. The film ain't a total snore, but the story is compelling with an amazing cast and a nice twist that satisfies the sit thru. Out of TOV 5 stars, I give The Killing Jar a 3. 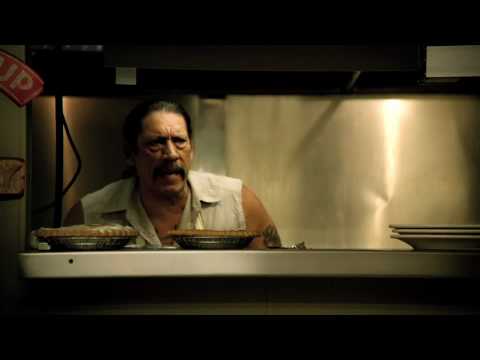