Under the Bed DVD Review

Hey gang, Valkor here. With the release of Iron Man 3, the summer of blockbuster films has officially begun. But what do you do in between hits? Why hunt of course, perusing through titles from your favorite digital service or local retail. And if you're smart, you'll cruise right past this next selection – Under the Bed DVD. It's not the worst film out there, but you also wouldn't wanna waste your time.

Under the Bed puts the focus on Neal (Jonny Weston), a bit of an emo teen who has just returned home after two years of living with his aunt in Florida. Neal was sent to his aunt's place after burning down his family home that ended up killing his mother. As it turns out, there was a creature living under his bed and Mom was doing her best to protect him, but it ended up costing her life. Now Neal is back home, dad has remarried and his little brother Paulie (Gattlin Griffiths) is having similar experiences with the very same creature, which is now lurking under his bed. The two come up with different theories as to how the creature works, but nothing solid. One theory is that the creature cannot leave from under the bed and it's only when the two brothers leave the house to stay with "friends", do they learn that that's not the case. The creature goes on a murderous rampage ultimately taking Paulie as its prisoner, because it doesn't want him, it just wants Neal. So now it's up to Neal to go into the creature's realm and save his little brother, ultimately facing his greatest fear. 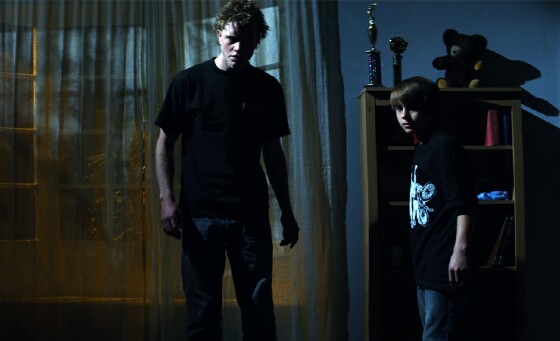 My only regret, sadness even, was that there was no nude bath tub scene with Musetta Vander's Angela character; why build me up just to tear me down? Ahem! 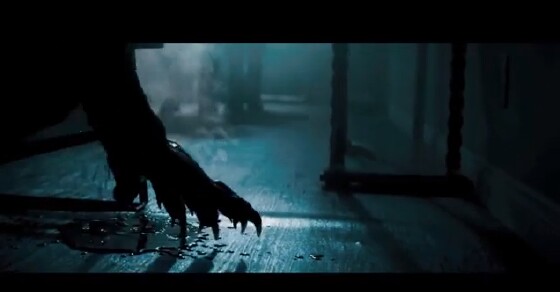 That last act; you get a full showing of the creature doing all kinds of gorish things to his victims, which is probably the film's only saving grace. Sure the story is pretty decent too, but that's about it. 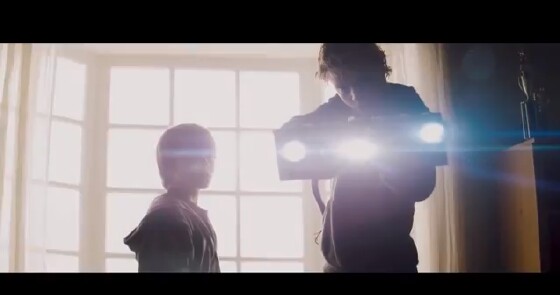 It's a decent story but I wasn't invested in it. for starters the acting is kinda bad and that first hour and change really drags; you get hints that there's a creature, but you're never quite sure if it's real or all in the brother's mind. And maybe that's part of the build up, but I was bored waiting for something – ANYTHING to happen. Back to the acting, it's a bit over the top at times and there were times where I just… groaned. Next there's a scene involving Angela who unknowingly has a run in with the creature, but nothing actually happens. I mean why bother showing that scene if she a) it doesn't reveal to her something strange is actually taking place or b) she walks away unscathed? Also the lack scares – up until the end, means there won't be a repeat performance in my DVD player. 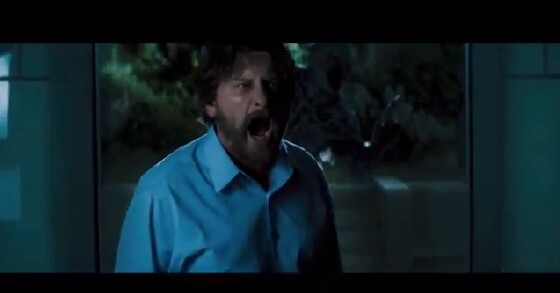 The creature; man in a better, scarier film I can see myself jumping out of my shorts when he hits the screen. Out. Of. My. Shorts! Pic very related.

This made me uncomfortable:

I'm just gonna say it, I think the role of Paulie should have been written as a female part, because the dialogue between him and Neal… a bit uncomfortable for me. Or maybe it's just my perverted mind… 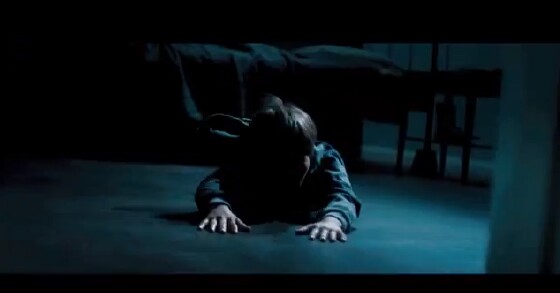 According to Amazon, Under the Bed gets a DVD/Blu-Ray release on July 30th and if you're kinda new to horror, this would be a trip and a half. But if you're a vet, you might want to search for something meatier. If anything it might be worth a once around, but ultimately I'd give it a pass. And out of TOV 5 stars, I'm giving Under the Bed a 2.