Wheelie and the Chopper Bunch: The Complete Series DVD Review

Hey folks, Valkor here. Normally when the folks at Warner Home drop by with a new (or classic) animation dvd, I'm usually all over it. But when it came to this next piece… well I was a bit skittish at first. But then I dove into "Wheelie and the Chopper Bunch: The Complete Series DVD", and all I can say is that some things are left to be kept away. And this DVD set is one of them. 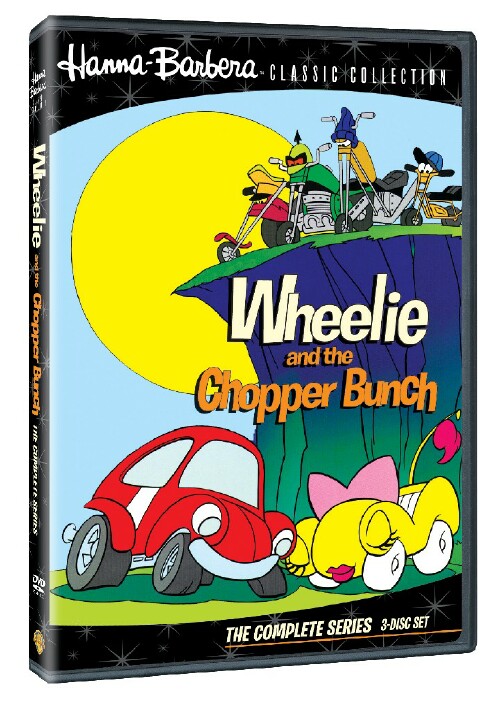 Let me start things off with a bit of commentary. When I first started watching this DVD set, my first thought jumped right towards Disney/Pixar's CGI film "Cars" and how much that film reminded me of this series. It's a world totally alive with vehicles of every sort. The difference between this world and the new CGI film is that Wheelie and his crew eat human food like hot dogs, ice cream and cake. But if by chance you decide to check out the series, you'll see plenty of similarities between Wheelie's world and that of Lightning McQueen (Lightning is a red sports car, Wheelie is a red Volkswagon Beetle, they both have hot sport car girlfriends, and they live in a world made up with cities that have something to do with cars – Lightning hangs in Radiator Springs, while Wheelie actually has a race towards Cam Shaftcisco… I'm not kidding).

To me, that's just uncanny. 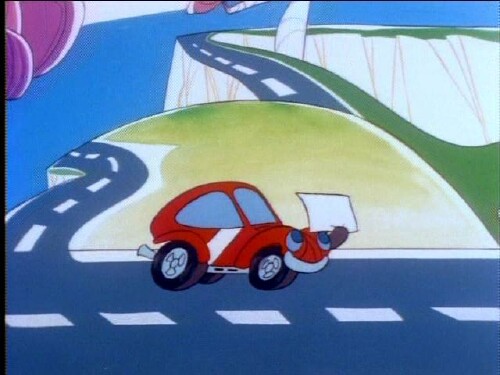 Back to the DVD; Wheelie and the Chopper Bunch centers on the little red sports car Wheelie, who is the only character in the entire series that doesn't talk (he communicates through horn beeps), as he tries to avoid the nasty no goodnicks known as the Chopper Bunch lead by, whom else? A motorcycle named Chopper, who along with his crew Rev, Scrambles, and Scooter, try to make Wheelie's life a living hell. Also I should point out that Scooter is the only with sense and never thinks its a good idea to mess with Wheelie. He'll even point that out to Chopper when the group fails with "I toldja! I toldja!". Imagine hearing that every episode. Of course good can never conquer over evil and Wheelie always prevails. Some episodes they race, other times Chopper and his gang just wanna pick on Wheelie, but most of the time Chopper tries to score with Wheelie's girlfriend Rota Ree. There are other characters you'll meeet along the one - some are friend's to Wheelie and others are... not so nice. 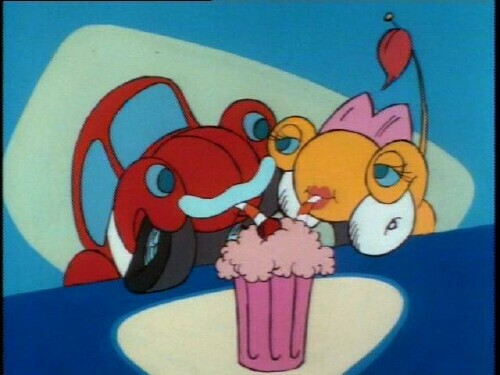 And that's Wheelie in a nutshell. Seriously! The DVD consists of thirteen episodes, each episode is broken into three parts. And each follows the same pattern where the Chopper Bunch chase or scheme after Wheelie, Wheelie wins or saves the day, Scooter says "I toldja" repeatedly, wash, rinse, repeat! Here are some highlight episodes:

Dragula – Chopper and his gang chase Wheelie into the home of Dragula, who coincidently is out of oil. Guess who he's looking to tap for some?

Lenny Van Limousine – A super rich Limo named Lenny has his eyes set on Rota. But she's only into Wheelie. And since Lenny has the mad duckets, he pays Chopper and his gang to set up a date. So the crew make it appear to Wheelie that Rota has eyes on someone new. 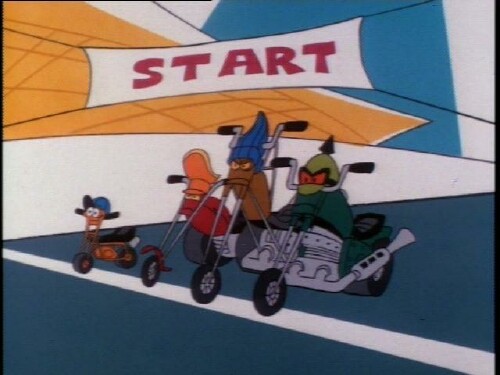 Carfucious say – Wheelie and Rota experience Chinese New Year with a rickshaw named Carfucious (lulz). However Chopper and the gang arrive and totally mess things up. But in the end they are shown the meaning of their ways.

The Old Timer – Wheelie runs into an old timey automobile. And as a gift, he gets him all spruced up like new. But Chopper and his gang try to interfere and end up on the wrong side of the factory belt. 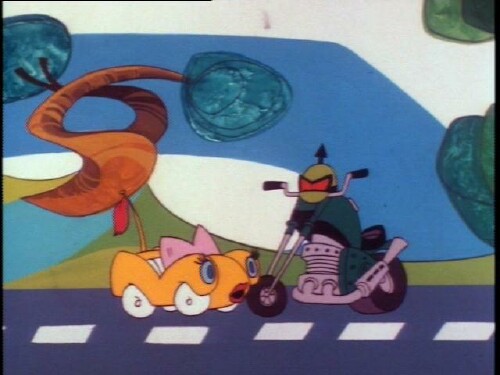 There's not much else to the DVD in terms of extras. So after digging through this 3 disc spectacle, here's what I think overall in our TOV Breakdown.

If you're looking for classic, harmless, light-hearted fun, then you don't need to look any further, this is the disc set for you. Actually I won't even go that far; I'd say this set is for the true die-hards only, as kids today wouldn't make it through one sitting. That's not to say the show isn't good – it has its moments of chuckles, just not enough to warrant repeat performances. I also liked the opening; it's the sorta tune that grows on ya after awhile.

Honestly? The series is kinda boring. I grew up watching Hanna-Barbera cartoons and I may have seen an episode or two of Wheelie; obviously it didn't take. Again, the repetitiveness of Chopper and his crew as they try to gang up on Wheelie in every episode will put you to sleep. Though each segment changes things up in terms of theme or location, the overall formula never does. Toss in the fact that Wheelie only talks in beeps, Chopper and his crew have some sort of speech impediment, and Scooter constantly yelps "I toldja", and you'll get a serious case of the "groans". 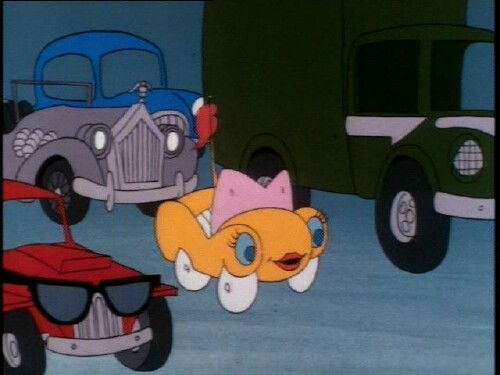 Did I mention the constant "I toldja" from Scooter? Yea, I did right? 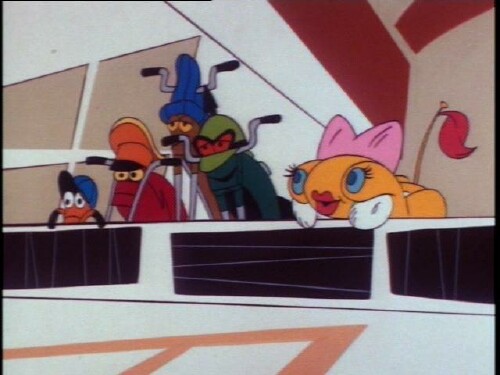 Wheelie and The Chopper Bunch… what can else can I say? If you grew up with this series, then revisiting it, in this collection, will probably leave some mental scarring. Then again you may find it more enjoyable than I did. But I can see why the show was broken down into three segments per episode, because you were meant to induce this toon in doses, because it doesn't go over so well when you try to watch 13 episodes in a sitting. And with that out of TOV 5 stars, I give Wheelie and the Chopper Bunch The Complete series DVD 1.5. 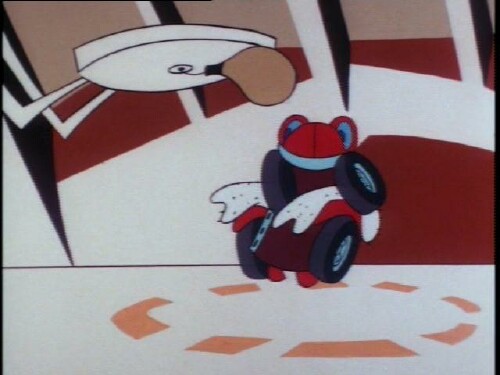 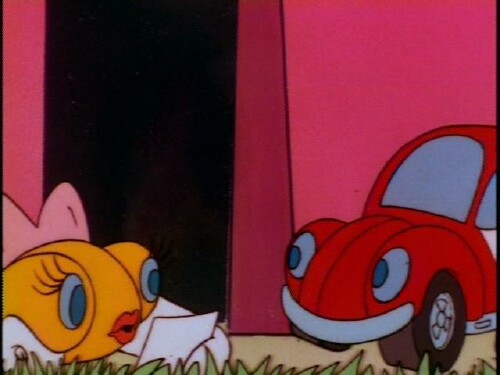 Wheelie and the Chopper Bunch: The Complete Series DVD Review
The Good: It's a nice classic toon...
The Bad: ...but very repetitive.
The Ugly: Itoldja! I toldja!
TOV 5 star rating: 1.5 stars