Hey gang, Valkor here. And we’re back with another WWE production up on the TOV chopping block. Last round we saw “Interrogation” take a dive into a steamy pile of mediocrity. This round we have a Wesley Snipes/Anne Heche action/horror film titled “Armed Response”. And I’m gonna cut right to the chase, this one isn’t worth a midnight viewing. Or any type of viewing! Spoilers ahead!

“Armed Response” kicks off with a group of guards, having a chill moment in a highly secured prison when suddenly they get an alert. What happens to them afterward is something that’ll be addressed later in the film. But to cut to the quick, they all wind up dead. We then switch to Gabriel (Dave Annable), who was home dreaming of the time he lost his daughter in a car accident. But his days of pondering are cut short when Isaac (Wesley Snipes – The Detonator, Game of Death) pays him a visit. He informs him of the situation at the prison and he’ll need Gabe’s help to put things back in order since it’s his system that’s running things. 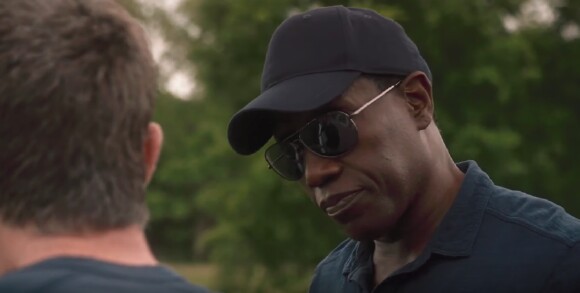 The system in question is called “Temple” and for the most part it’s used as a lie detector; it can literally read your thoughts at a cellular level to extract information as its shown in one flashback. But for some reason, it started acting all wonky. On top of that, when Gabe, Isaac and their team arrive, the first squad is found dead and their bodies scattered all over the place. To top it off there was some guy found alive, hidden in one of the deprivation tanks. How’d he get in there and what’s his link to all of the deaths? 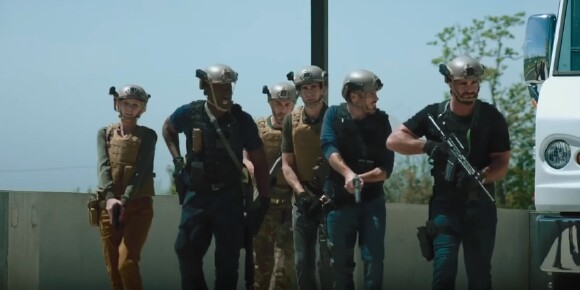 And then there's a twist to it all; while Isaac and his crew went in to find out what happened to the last group and to figure out what went wrong with Temple, it turns out they’re actually lambs being lead to the slaughter. It starts when Gabe enters one of the deprivation tanks and learns of a past incident where Isaac and his men slaughtered a bunch of civilians in Pakistan. And now their past is literally coming back to haunt them, to make them pay for their past sins. And that’s when things get really messy as Isaac and crew, sans one member Riley (Anne Heche), try to stop Gabe from escaping the Temple prison and revealing their secret. But with the help of a fully powered Temple, Gabe and Riley are able to thwart Isaac and co, thus allowing the ghost from the past to truly rest in peace. Maybe. I mean the prison is still fully active so that leaves the door open for an “Armed Response 2” for a true “haunted house” kind of experience. 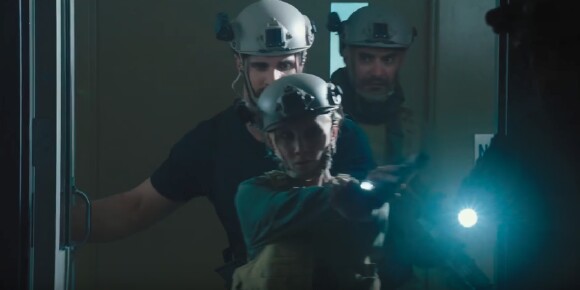 And to be honest, I wouldn't mind a second film. I’m gonna jump the gun a bit and say I hated this one (and my reasons are below), but given a better script, I think there’s a real action/horror film to be had here. Because as it currently stands, Armed Response is a mess of a film. And I’ll tell you why in the TOV Breakdown. 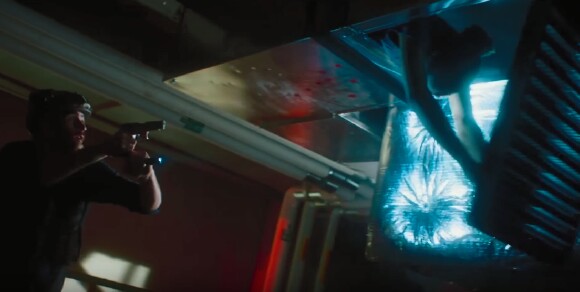 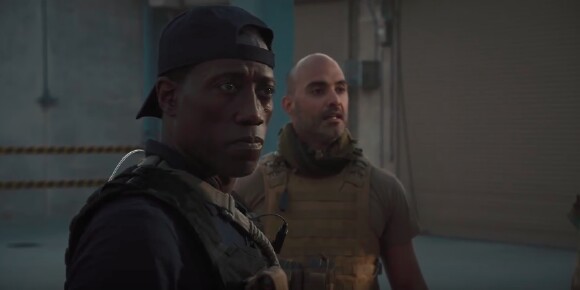 "Armed Response" feels like a film that’s being made up as it goes along because it would appear as though the pieces don't exactly fit. Here’s what I mean: things kick off with Gabriel and his daughter, which you think will play some role in the film at some point, however, it’s never touched upon again. So why was that scene shot in the first place? We move over to the prison when the investigation starts and bodies are being discovered with it all being linked to Temple somehow. We then get a few ghostly images here and there, but is it Temple or some other apparition? Is Temple alive? Is the prison haunted? Or both? My guess would be that the ghosts of the past have haunted the prison, using Temple as a jump off. However, I don’t get why they become fully active when the prison is powered up. I mean they’re ghost, they should be able to do whatever to whomever whenever. Yea, they pop up here and there to spook the soldiers. But in the scene when they pop dude's arms off, that doesn't happen until Temple is fully powered up! So there needed to be some clarification. Maybe explore the connection between Temple and the ghosts. In the end, Armed Response feels rushed and disjointed, which makes the entire spectacle a joyless and uneventful experience. 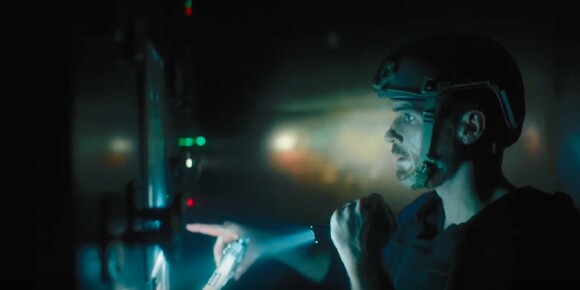 Dude getting his armed ripped off by walls. I’m not even joking. Two arms appear out of the wall from either side and rips his arms off. Gruesome! 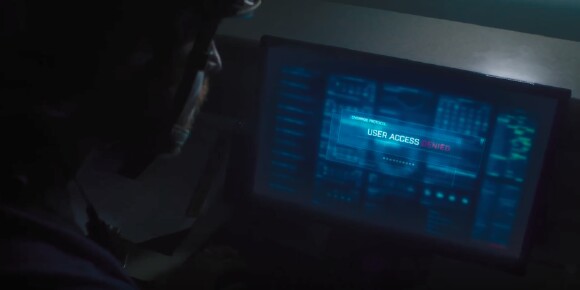 Armed Response is available now on DVD, Blu-Ray, and Digital media. However, I’d suggest not wasting your time with this one as it doesn’t make much sense, the action is tepid at best, and I've seen better horrors in an empty refrigerator. This is definitely not one of Snipes’ finer moments. And that goes double for Heche. So, out of TOV 5 stars, I’m giving Armed Response a 1. 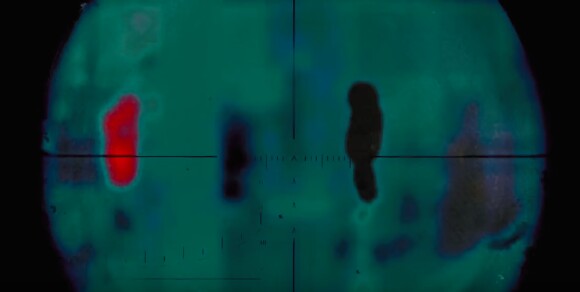