Hey gang, Valkor here. Across the globe, more and more households are starting to adapt to “smart technology” around the home and inviting more devices in; from televisions, refrigerators, thermometers, and even door bells are amongst a number of products that make use of the internet to improve living. However, no one stops to think about the security of those devices, which is where the next company, Bitdefender, steps up to the plate with their answer to securing your devices from unwanted cyber invaders that may wreck havoc onto your internet connected devices. Check it out, it’s the Bitdefender BOX! 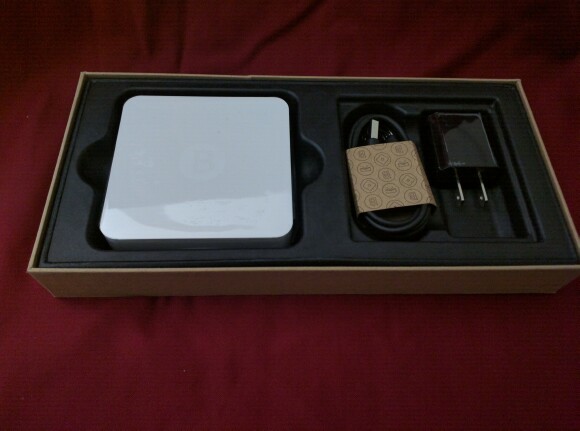 The Bitdefender BOX is a small, super lightweight box that sits well out of the way, once it’s plugged in. At the back of the BOX are your Ethernet plugs and microUSB port, and at the bottom is the status light that flashes a number of colors based on the device's status (Blue – normal, Red – you’ve got an issue, and White – It’s updating). The BOX works in that it acts as an all-in-one security device providing anti-virus, malware, and firewall protection on all of your connected devices. And setting up the BOX is really simple; you plug it into an available Ethernet port on your wireless router and then plug the BOX into an outlet. Afterward, you download the associated app (available on iTunes and Google Play), and once you perform the initial setup, the app should begin populating all of your devices that are Wi-Fi connected. After that, anything that’s connected to your network is protected and the BOX will proceed to not only block attempts from dangerous sites or persons unknown, but it’ll send you notifications as well. The BOX also offers a variety of suites that provides password protection, whether or not if your software is up to date, remote clean up, and it even offers smartphone protection even when you’re away from home base.

Now I’ve stated that setting up the BOX is simple – and it is! But I wasn’t totally successful in getting it going once everything was pieced together. There was even a point where I passed the device off to Alacran, who also ran into some issues getting the device up and running. For me, I ran into complications trying to get the BOX running on Verizon FIOS, where it wasn’t connecting properly. Afterward, I gave the BOX to Alacran, then he ran into some issues (some that were not related to the device), it was then returned to me where I tried it under my brother’s Comcast network, where he uses a Netgear router. This proved successful as the app started populating devices on the network including our phones and even the Playstation 4. Actually, it turned out it was a better environment to test the BOX seeing as how he has two little ones and a teenager, who each have their own portable devices such as tablets and smartphones. And leaving kids unattended or unassisted with the interwebz can prove to be a dangerous thing, especially if they happen to wander off the path. I’ve seen the end results. It’s definitely not pretty.

The Bitdefender BOX is probably the first piece of tech that I’ve spent the most time with because I’ve had such a rough start. And it’s great that I was able to get it to work in an environment that could most certainly use it. But is this something that’s right for everyone? Let’s find out in the TOV Breakdown! 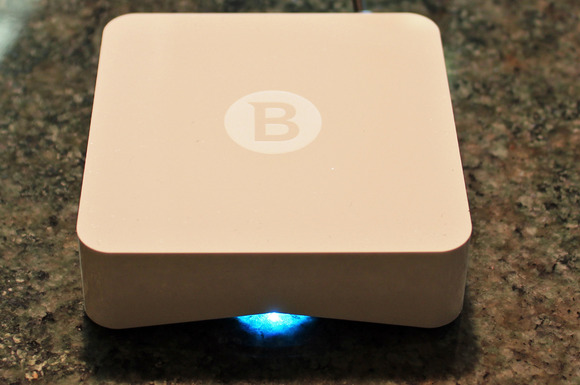 While I feel that the Bitdefender BOX has ways to go to perfection, for what it does right now works for what one needs it to do, especially for those who aren’t too tech-savvy, but still wish the best protection for all internet connected devices in and around their home. It’s very easy to set up, and save for a few hiccups you should get things going very quickly, straight out of the box. What I really liked about the BOX, is the level of controls, which I feel there’s room for expansion; however what’s on hand is very easy to navigate and manage. Plus the notifications you receive keeps you up to date on a number of instances where someone might try to access a deceptive site or if someone might be trying to access your network. Now, I feel the BOX truly comes in handy by adding an extra layer of security to devices that may have little to no security at all. For me, I keep my laptop and smartphone pretty much up-to-date, especially when it comes to the security of those devices; but what about smart fridges, smart doorbells, smart plugs, Wi-Fi printers and such? Here is where you’ll gain the most from the BOX as it keeps those devices (amongst others) well protected against malicious activities. If you’re less than tech savvy, or even if you’re pretty savvy, but you want to ensure your internet connected devices are well protected, then I feel investing in the Bitdefender BOX to be a wise choice.

If you are looking to invest in the Bitdefender BOX, then I would suggest keeping an open computer or your smartphone handy when you begin setting up; hopefully, your experience piecing together the BOX will be seamless and everything will setup just fine rather than how my experience went. But just in case you run into any hiccups, then you may want to keep Google nearby to search for any and all remedies. I get that the BOX is still fairly new and it has ways to go in terms of what routers it’s compatible with it; and I look forward to its growth in that area, because for something so simple, it should not be that frustrating. Next, if you’re in a home with a wide variety of connected devices, the BOX app doesn’t always recognize what that item is, so it will designate the name “New Device”. This might prove difficult trying to figure out what device it could be; however, on the plus side, if the app recognizes all of your devices on your network and you bring in a new one, then you’re good to go.

The Bitdefender BOX is available now. And if you’ve got an ever growing collection of smart devices gathering in your home, then they’ll need the best protection available from a name that knows cyber security well. Your experience may vary when dealing with the installation, but once it's going, there’s no stopping that power of protection. So out of TOV 5 stars, I’m giving the Bitdefender BOX a 4. And if you’ve got tips, tricks or ideas from the BOX, definitely drop them in the comment section below.

Bitdefender BOX Review
The Bang:All your internet connected devices are secured
The Slack: Can run into issues with setup
TOV 5 star rating: 4 stars