Hey folks, Valkor here. And I welcome you to TOV's "30 in 30", where I'll review 30 unique film and maybe some not so unique, all in 30 days. What's cool for most of the flicks, is that I know nothing about em. So this should be a real treat not just for you guys, but for me as well. Good or bad, this is gonna be a fun month. It all starts today July the 4th and ends on Aug the 3rd. Can I make it through? We'll know soon enough!

I knew when I hit the 13th film, it was gonna be a scary one. But I didn't expect to it to be this scary... well more creepy. Check it out, it's Clive Barker's "book Of Blood". 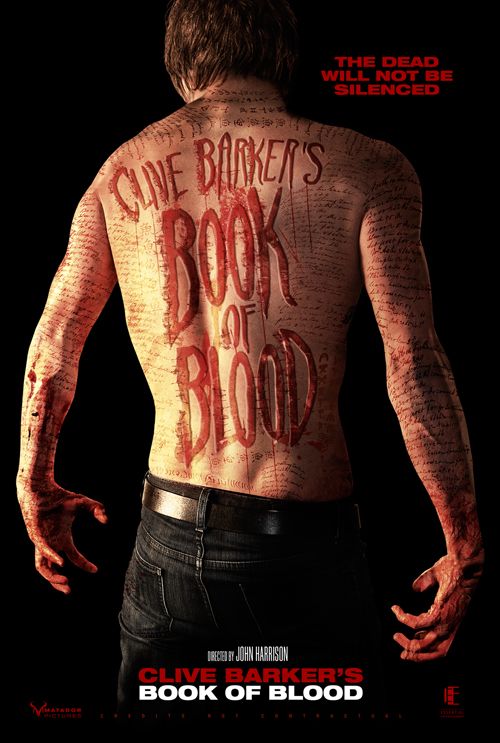 Book of Blood centers on Mary Florescu (Sophie Ward), college professor, author, with a thing for the paranormal. Her next project is the Tollington House, where a young girl was brutally murdered by some unknown force that left behind a message "Don't Mock Us". A similar message was also left decades after its owner was also brutally murdered in a similar manner. Enter Simon McNeal (Jonas Armstrong); he's quiet and shy, but Mary senses something about him and that possibly he may hold the key to unlocking the secrets of the Tollington house. Mary's first clue that Simon might be special is when he hints that she should drive safe. As she drives away, one of her tires pops. You see Simon has the gift of clairvoyance, and can see into the future. After this incident with the car, she locks him in, bringing him to the house along with Reg Fuller (Paul Blair), who has all the high-tech equipment for monitoring the house's paranormal activities. Things start out strange at first, but the weirdness gets worse as Simon is suddenly attacked, left beaten and scarred with words scrawled along the walls. And it happens again a second night, but later in the film it's revealed that Simon might have faked the whole thing. However Simon might have been a fake, but the instances of the house are very real and soon Mary will get the answers she's been looking for.

So why is this film called the "Book of Blood"? Well the dead have their stories and they've been waiting at the intersection of death to tell it. If you happen upon that intersection and you don't listen to their tale… it won't be pretty so it's best to listen. Simon learned that the hard way.

Book of Blood is a Clive Barker production, who happens to be one of the great masters of horror. Though directed by John Harrison, you can feel Barker's touch in some of the film's scarier moments. And believe me this film has plenty. Near the beginning of the Book of Blood, we see up close and personal what happens to Janie (Romana Abercromby), which will certainly grab your attention. The film isn't gore heavy thankfully, but definitely scary moments are to be had. The story itself is pretty straightforward, which is a kind of cross between Amytiville Horror (The House), Poltergeist (the TV's messing up, stuff flying around), and The Exorcist (What happens to Simon); if you're gonna use influence for any film, those three are definite choices! The acting is pretty good with Sophie Ward and Jonas Armstrong pulling off excellent performances, totally keeping you vested in the film. The ending was decent, not the greatest ending; it kinda peters out as you get to the close, but still solid and it's an ending that works. It kinda leaves it open for a sequel. 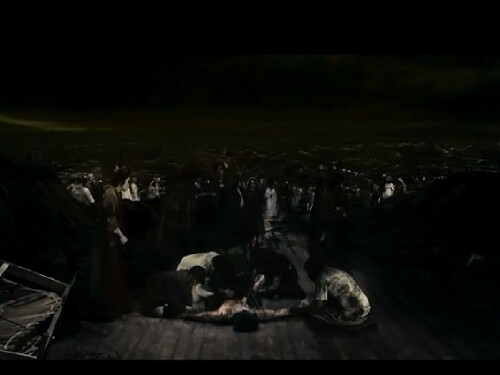 In one scene, Reg states to Mary that she's the one making all the instances in the house happen… and we just sorta leave it at that. At that point Mary seems to "get the house" and what was going on in it. So why did we need that reveal? It still doesn't clear up the fact of whether Simon was a real clairvoyant or not. Also not enough ghost activity; there could have been additional instances such as books flying across the room, walking sneakers with no body, maybe even a rolling baby carriage. I mean the film has enough eerie stuff, but… yea, could have tossed in more. And definitely not enough gore. 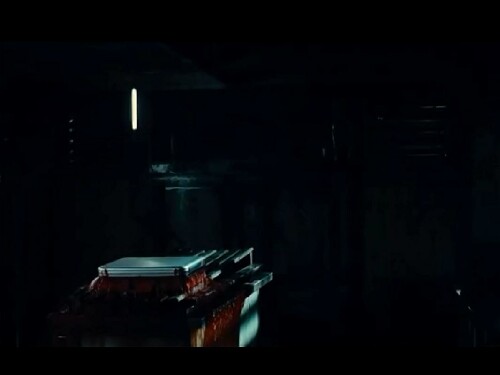 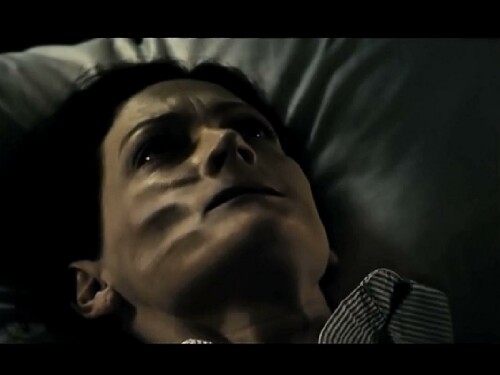 Book of Blood is out on store shelves now and I'd say ya gotta check it out – even if it's just one time, you'll be pleased. And with Halloween on the horizons, you might wanna add this film to the scary flick rotation. With its compelling story, great acting, lots of scares and a ton of fun, makes this film a definite must see. And out of TOV 5 stars, I give Book of Blood 3.5 and it's been Valkor tested, TOV Approved!