Hey folks, Valkor here. And I welcome you to TOV's "30 in 30", where I'll review 30 unique film and maybe some not so unique, all in 30 days. What's cool for most of the flicks, is that I know nothing about em. So this should be a real treat not just for you guys, but for me as well. Good or bad, this is gonna be a fun month. It all starts today July the 4th and ends on Aug the 3rd. Can I make it through? We'll know soon enough! 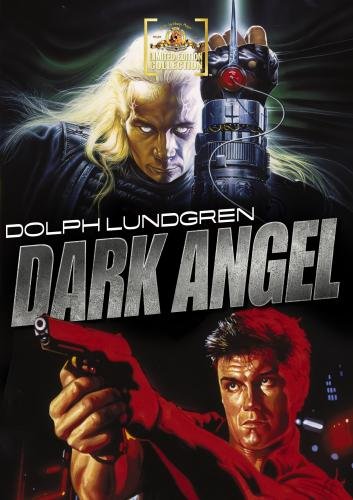 Ok this next one is a bit of cheating, but I was finally able to get the DVD version of one of my favorite films of all time, Dark Angel aka I Come in Peace starring Dolph Lundgren, to have it as number 14 in the 30 in 30 set. 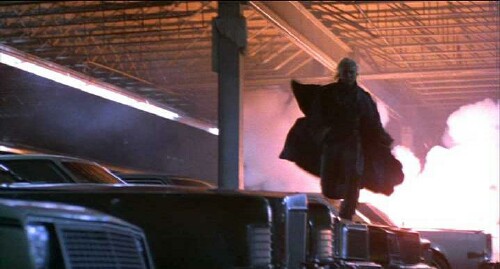 The plot to Dark Angel is really simple; Alien from some unknown world lands on earth and starts killing people for the adrenaline juice in their brain, which he forces the human body to make by injecting it with heroin. And the only man who can stop him is Jack (Lundgren); one fine detective with a pension for vanishing to who knows where. Plus he has problems all his own – first his partner gets killed and he gets stuck with a dick of an FBI for a new partner named Smith (Brian Benben), and his girlfriend hates him. Oh and another drug dealer wants him dead. It's all in a day's work for our boy. Things go from strange to stranger when Jack is forced to deliver drugs for the "White Boys", runs into the alien and also an alien cop. The alien officer is later shot, finds Jack and tells him that this alien guy must be stopped or there will be others like him who will slaughter our people just to get this drug out of our brains. Thankfully Jack now has the alien weapon… but is that enough? Can he put a stop to the alien before it's too late? 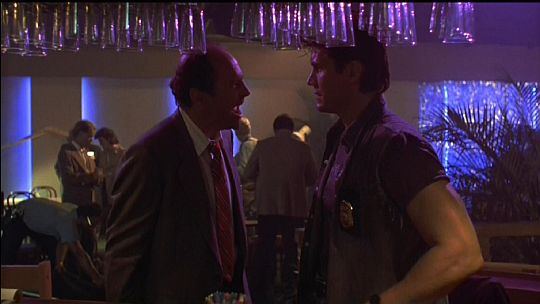 First off, there's a lot of hate for this movie and for good reason… it's not that good. But if you let your brain mellow in its own stew for a few hours, you'd find that the movie is quite enjoyable… in a cheesy sorta way. There's no explanation of much of anything such as where exactly the alien comes from, how the hell did it get to earth without a ship? I mean did this dude just crash land in a fireball? Where did Jack go for 8 days and why is everyone so pissed… it's only 8 days! And why does the local drug dealers call themselves "The White Boys"? The action is awesome; so much stuff blowing up and those alien guns? NICE!!! Just a burst of bullets with every trigger pull AND you can level up the intensity? I loved it! And of course you get an excellent car chase scene, plus the final fight works great. The acting is also super cheesy; Dolph does what Dolph does best and that's shoot first and try to act later. But he doesn't have to be great at it, just look cool… which he does. Brian Benben comes off as the cheesy dick of an FBI agent, but you get some laughs at his expense. And finally Mathius Hues as the alien… that must have been the easiest paycheck ever because you didn't have to say much, just look cool jump around and shoot at stuff. But Hues is the icing on the cool cake that is Dark Angel, because he's memorable not just from the delivery of that one line, but also he has that look of cool. Special effects are minimal, mostly relegated to the alien guns, the CD blade and that long snake like tube the alien injects into people that pumps in heroin and pulls out the drug. Overall, not bad. 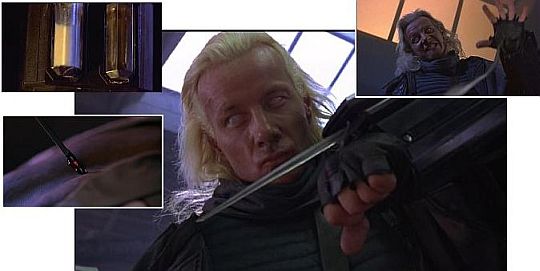 I didn't care for the mad, hyped up scientist; honestly I hated the guy at first sight and I wish whoever wrote this film, didn't create such a character. To me, it's like, why are you still alive? Also I wish there was a sequel; Dolph is still making movies and it's the perfect time to retread on a classic. If you can do another Universal Soldier, you can do another Dark Angel, with more special effects and more aliens. 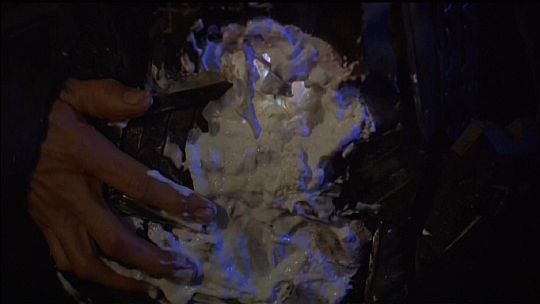 The alien officer's wound looks like a thick, chunky glob of mayonnaise and other stuff I don't even want to imagine. 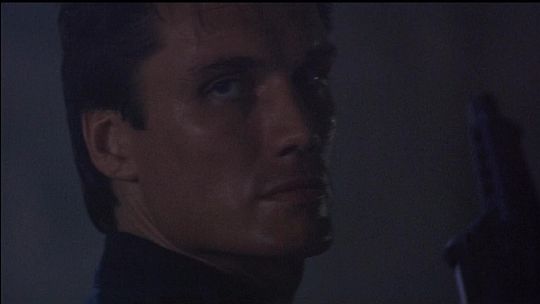 That I had to import the DVD as its not available in the states. Again, Dolph is one hot ticket right now thanks to The Expendables; a Blu ray special addition is just what the new fans need to get acquainted with the big guy. 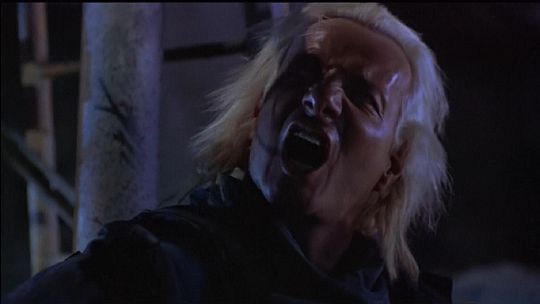 Dark Angel is probably one of the cheesiest action films ever made, but it's also loads of fun and an instant classic. With its simple, straightforward plot and loads of action, it's the kind of film you wanna watch with a bunch of your buddies. So if you haven't seen it, definitely check it out because I assure you, you will enjoy it… on a cheesy kinda level. So out of TOV 5 stars, I give Dark Angel aka I Come in Peace 4 stars and its been Valkor tested and TOV Approved.