Hey gang, Valkor here. When I first got my Nintendo Switch, other than a handful of games, I also picked up a Pro Controller. That was a year ago. And since then I never took the controller out of the box, as I mostly used the Switch as a handheld and rarely ever docked it. That was until I picked up Fight’N Rage. And while I found playing the game cool as a handheld, with the pro controller it was even more entertaining.

If you were to blend some past, more popular beat em ups such as Streets of Rage, Double Dragon, Battle Toads, Teenage Mutant Ninja Turtles Arcade Game and more, you’d get Fight’N Rage. The game drops you right into the midst of mutant brawling action, tossing at you a wide variety of baddies in your path until you meet the final boss. You can choose from one of three players - Gal, F. Norris or a mutant bull named Ricardo, each with their own moveset. The game only uses three buttons - one for attack, one for jumping, and one for your special move. But it doesn’t stop there. You also can double tap left or right to perform a slide or you can double tap up or down to jump between planes (something like Guardian Heroes); These moves can be used to escape the enemy onslaught or you can use them to get the drop on tougher foes. The special move runs on a meter that when used performs a devastating attack that can clear out a cluster of baddies, giving you some breathing room. Once used, you’ll have to give it a few seconds to recharge. However, if you really need to use it again, you can but the trade off is that you’ll lose some health.

Fight’N Rage starts you off with one gameplay option, but you can unlock new features as you play through once or twice. When you go through arcade mode, you collect coins once you hit game over, which I prefer since you get unlimited continues and wrack up mad coinage. Collect enough coins and you can unlock new features, a tutorial, and even outfits for your characters. Finally, certain areas have multiple paths, one of which will seriously test your patience (I’ll dive into that later).

If you’re into beat em ups, you’ll find yourself in familiar territory with Fight’N Rage; Almost every level or character is someone or something you’ve seen before, especially if you’ve played through older brawlers. But does that mean it’s less entertaining? I think not, and I’ll tell you why in the TOV Breakdown.

Fight’N Rage is a game that fans of beat em ups should pick up! It’s a short run, but there’s enough content tucked inside that makes it worthy dipping back in again and again. The action is fast-paced with plenty of enemies coming at you. But you have just the right moves to take them all down, even if you’re just an army of one (there is a co-op option if you want to bring a buddy along). The controls in handheld mode are a little quirky but doable. However, with the pro controller, you’ll be a BEAST as the dodge moves and slides are so much easier to pull off than in handheld mode. Finally, the soundtrack is AMAZING! The graphics may look 16 bit, but the music is anything but! You get a nice mix of sweet jazz along with heavy guitar tracks that fit each stage beautifully. While I still consider Streets of Rage 2 to be one of the best brawlers out there, Fight’N Rage ranks right up there! It has loads of action and it’s so much fun to play... especially with the right equipment. 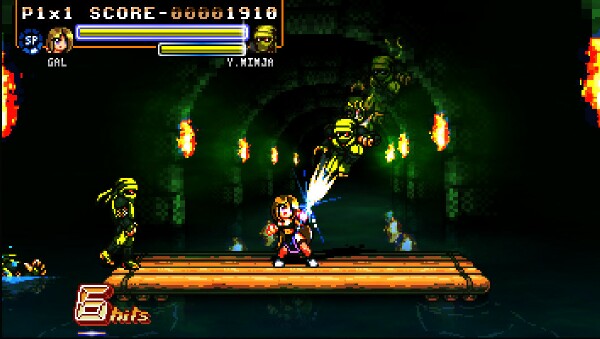 I mentioned above that there is a level that will test your mettle, which is the one with the raft. My first playthrough I didn’t get the stage. However, playing again and branching off in one stage brought me there. Essentially, you can knock baddies off this raft, dispatching them quickly. But, if you get overzealous, you’ll fall off as well, taking out a huge chunk of your health. Each round I played, I reached the end with zero lives and little health, which means I’m not going to last very long against the final boss. Worse, you can’t continue at the boss stage - you must start from the beginning with the raft! Think of this as that last stage in Ninja Gaiden for the NES, and you get the idea. 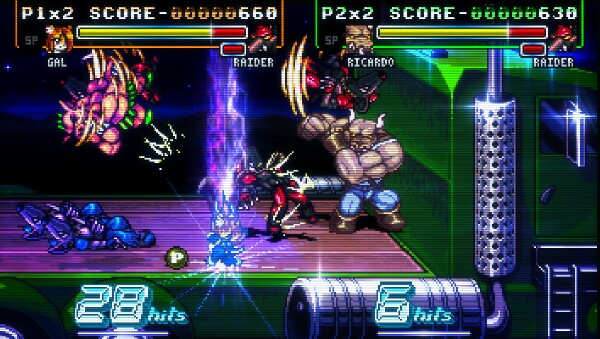 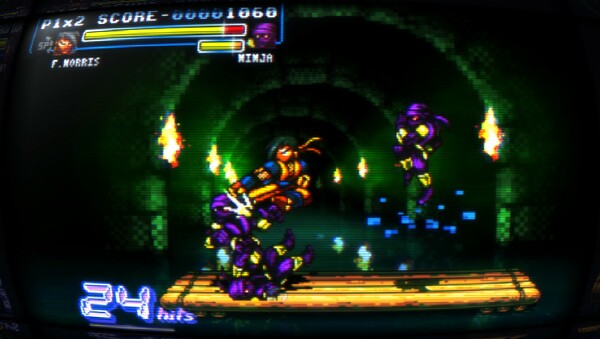 Fight’N Rage is available now and though it might have its rough spots, it’s still a blast to play! You get lots of action and plenty of options that make it worth revisiting this title again and again. To all of you beat 'em up fans, I recommend giving this one a go! And bring your pro controller along for the ride for even more fun. So, out of TOV 5 stars, I’m giving Fight’N Rage a strong 4.

Fight'N Rage Nintendo Switch Review
The Good: Awesome brawler
The Bad: That one stage tho!
The Ugly: My rage!!
TOV 5 star rating: 4 stars