Hey gang, Valkor here. And we’re kicking off a new year of GameView with a game that’s sure to be an instant classic and takes me back to my days when I used to plunk quarters into arcade machines. Best thing about playing games like this at home? I ultimately get to save money and I don’t have dudes standing behind me going “can I get yo last?”. Check it out, it’s Pix the Cat and he’s currently running wild on Steam! 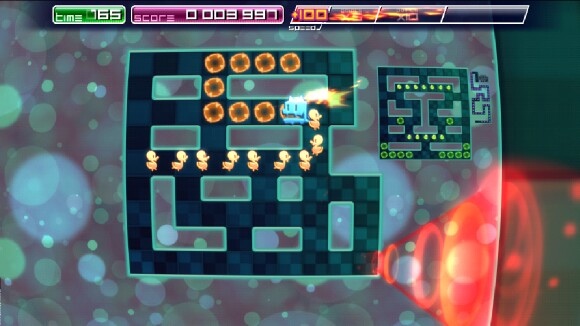 Take one part Pac-Man (Championship Edition), add another part of classic puzzle game Snake and you get Pix the Cat. The object of the game is simple – gather up duck eggs that instantly hatch into ducklings that follow you around, guide said ducklings into portals and exit onto the next level. Repeat. Pix moves on his own, so as the player, initially you’re guiding him throughout the game, in any direction. But once he gathers his ducks, he can't move backwards. And if you have too many ducks following you around, then it becomes far too easy to corner yourself, causing any ducks you've gathered to vanish. The game grows more complex not just by how many ducks you gather, but also the placement of the eggs (because you wanna get all your ducks in a row - pun intended), dealing with the complexities of mazes, enemies and other obstacles on the field. Vocal announcements lets you know how well or not so well you’re doing, and if you reach maximum combo, the game speeds up ultimately going into “Fever Time”, which not only increases your score but you can also take out enemies. Achieving a high score is essential not just to keep with the whole arcadey-ness of it all but also unlocking new options that you can set at the beginning of the game or areas of play such as Laboratory or Nostalgia mode. So, ideally you want to dump all of your ducklings in one go to rack up that crazy high score, but the game isn’t over if you drop off a few too early (which will also break any combo you may have gained), or even if you lose all of your ducklings. 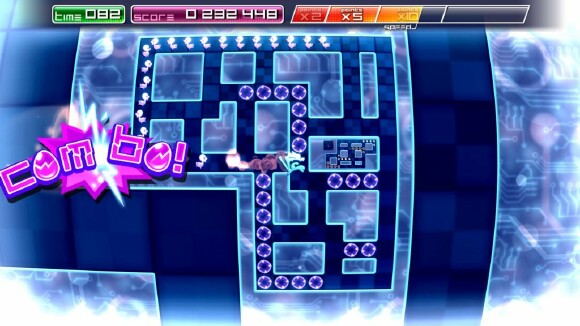 What’s really interesting about Pix the Cat that sets it apart from other puzzlers, is that you get a small preview of the next level right on the board, which you seamlessly flow right into it once you've completed the current stage. This gives you some time to sorta strategize how you’ll handle the next stage; though you won’t always get too much time to pre-plan, especially when things get a little more frantic onscreen. 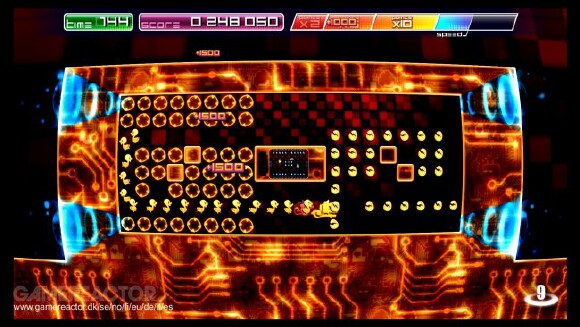 What ultimately drew me to the game was the trailer – the visuals along with the music was a treat to my eyes and ears, so much so that I just had to check this one out. And after spending some time with Pix the Cat, I’m ready to render my verdict in the TOV Breakdown! 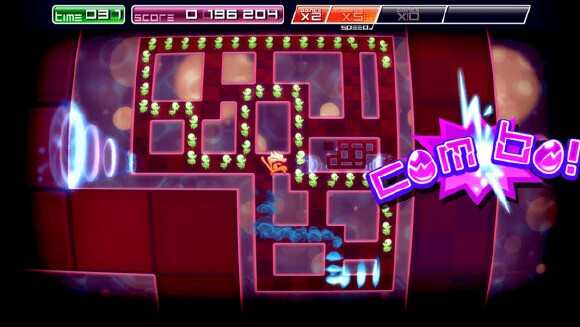 I’m a huge fan of arcade-style games and given the opportunity, I’ll never turn one away. Pix the Cat ranks right up there with the best of the best including Pac-Man, Qbert, and Bubble Bobble among other favorites. While the game plays in familiar territory, it’s unique enough to stand out on its own, creating an intense and addicting experience that has to be played again and again. Controls are hit and miss; if you use the analog controller, it’s a bit too slippery and loose, but with the D-Pad, you’ll do just fine. You’ll just have to be quick on the trigger or you’ll easily miss the direction you want to go. But I didn’t have any issues moving Pix across the board and he controls much better when he speeds up. Visually, the game looks beautiful with the sharp, bright neon colors that’s not overpowering and doesn’t wash out the moving objects. While the graphics draw you in, it’s the music that keeps you and the game touts some impressive tunes and sound effects, with everything crisp and clear right down to the many ducklings that follow behind Pix. But the announcer’s voice (which ever voice you unlock and choose – I like lady bot) shine through and really enhance the experience. Addicting gameplay, insane visuals and amazing sound are the perfect ingredients to an awesome title. Pix the Cat – I heart thee. Yea I said that! 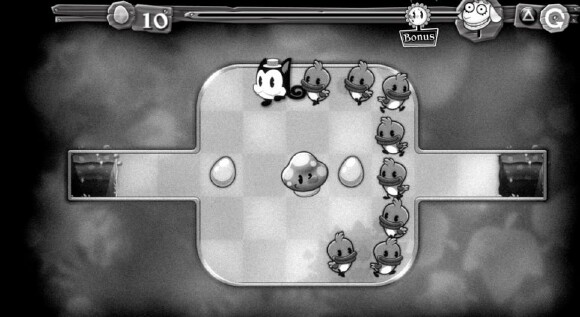 I wish more music could have been chosen at the start. Also what could probably work is if you could add your own soundtrack. I have a few tunes that would work quite well with the game. But that’s just nitpicking, because overall the game is just too much fun. 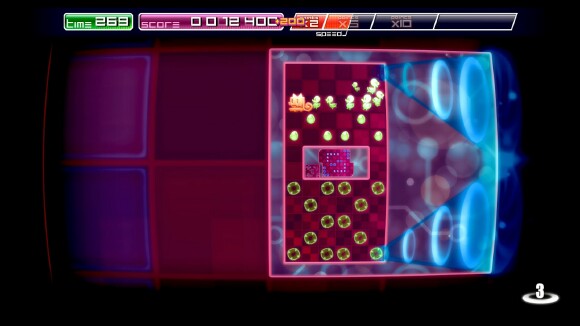 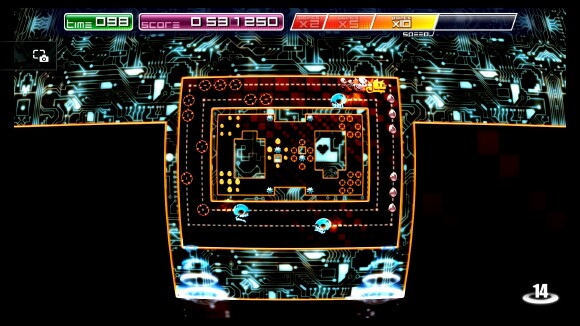 Pix the Cat is currently available on the Playstation Network, but just recently released on Steam, which is the format I’m reviewing. Either way, you can’t go wrong as the game is crazy addictive and so much fun. Pastagames has an instant classic on their hands and hope to see more Pix in the future. Until then, out of TOV 5 stars, Pix the Cat gets a 4.5. 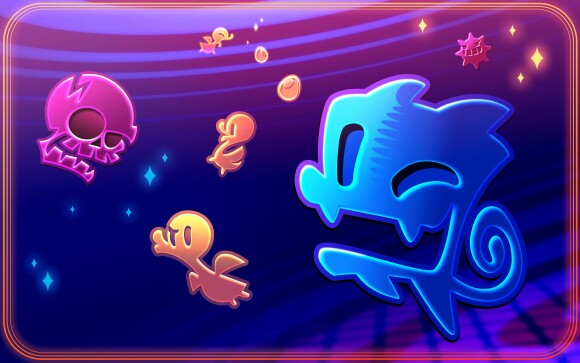 Pix the Cat Steam Review
The Good: Looks and plays great
The Bad: Might frustrate some
The Ugly: N/A
TOV 5 star rating: 4.5 stars