Hey folks, Valkor here. I think if you're gonna make a film with one of those open endings where you the viewer gets to decide how It ends, then it should be good from start to finish. This next film, Pressed (written and directed by Justin Donnelly) started out EVER SO GOOD!! But towards the end, it falls ever so flat. Be forewarned, there's major spoilers all up in this piece. So if you really don't want to know ANYTHING about this one, then definitely walk away.

Pressed stars Luke Goss (Tekken) as Brian, who on top of having family issues, the dude gets laid off. And now he's pretty hard up for cash. After having a discussion with his broker about his finances, he heads into a strip club where he meets the bar owner Jimmy (Michael Eklund, Messages Deleted). Turns out the two have something in common – they both went to the same high school and graduated the same year. After a few drinks, Brian tells Jimmy of his problems. So Jimmy makes him an offer that for 500 bucks, he can turn it into five grand easy on a college ball bet. As it turns out Jimmy is legit and comes through with the cash. So Jimmy makes Brian a second offer that would cost him 100 grand, but Brian will profit 300 grand.

We switch on over to Jesse (Tyler Johnston), an expert car thief who wants to shake the crust off of his town and move on to bigger better things. The dude recently got out of jail and is already stealing cars plus his home life isn't so great either as he's stuck paying the bills while his mom plays the town trick. The only person he can truly confide in is his best friend Sam (Jeffrey Ballard) who's, as it turns out, has parents who are loaded.

So how do these two worlds collide? 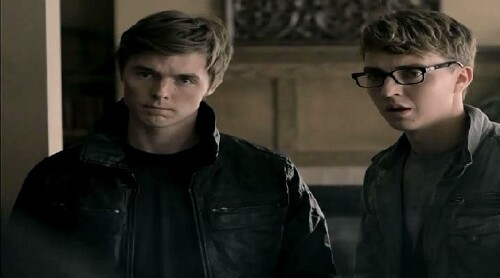 Let's go back to that "turning 100 grand into 300" deal that Brian is about to hesitantly partake in. The idea is for the two to dabble in the drug biz with Jimmy taking the lead while Brian fronts the cash (which is all the cash he has in the world). On the day of the drop, Jimmy is advised to place the money in his car and get the drugs from another spot. Well, Jimmy is able to get the drugs, But Jesse and his friend Sam turn up and jack Jimmy's car – with the money in tow. The twosome search the car for stuff to sell, find the money and they're off on a lavish spending spree. 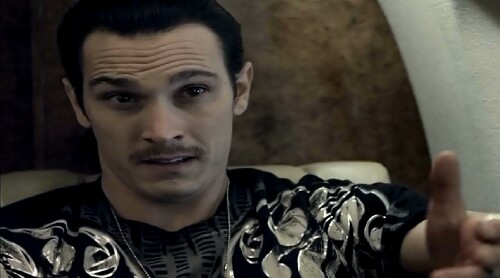 So what's the score? Well Brian is out of his life's savings and his world is about to come crashing down on him – hard! Jimmy is up shit's creek with the drug dealers who thinks he set them up. All the while Jesse and Sam are out living it up on Brian's dollar. Thing's couldn't get any worse right? WRONG!! Brian confronts Jimmy about the money, a struggle ensues, and now Jimmy winds up dead. And that takes us back to the beginning of the film where we see Brian desperately digging a hole, late at night, in the middle of who knows where. And with Jimmy dead, whom do you think the dealer's are gonna go after?

Watching the film up until that point, I was locked in. Its the events that take place right after is when I start losing interest. But I'll save that talk for the TOV Breakdown! 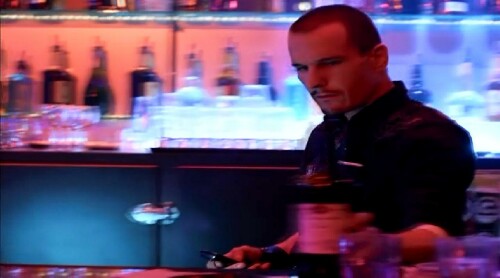 For the first hour and ten minutes, Pressed is fucking film gold!! The story is tightly woven, filled with levels of suspense that're so intense it'll leave you on the edge of your seat. Sure it has some predictability in it; you know that Brian is gonna want another taste after the first successful bet. And you know as soon as the "more money to made" is introduced that it's gonna go down and shit's gonna hit the fan. Honestly? You'll be so absorbed in the story and so invested in the characters that you really won't care about how predictable some of the scenes are. Pressed has a run time of 105 minutes, but I didn't even notice as the pacing moves briskly scene for scene. Luke Goss gives us a wonderful performance as down and out Brian and you'll completely buy into his character as a guy who's desperate for anything after losing his job and no hope in sight. Dude, Luke, you're awesome! Though his time is brief, I gotta give some props to Michael Eklund as well as he doesn't have to do too much but play it cool and then switch off to a nervous Nelly before his demise. Finally, we can't forget Tyler Johnston and Jeffrey Ballard playing two kids on opposite side of the tracks who're also best friends. I mean to everyone, great job. However, that's where I'm gonna stop singing this film's praise because now we're gonna dip into… 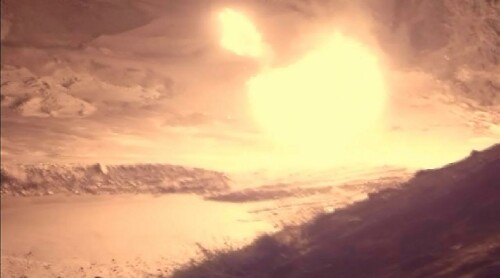 I'm gonna reaffirm that I was really enjoying the first hour and ten minutes of Pressed - really enjoying it! And then it took a weird twist that not only lowered my excitement levels but anything after that simply didn't make sense. Quick recap: Brian is desperate for cash, he hooks up with Jimmy to make more cash; a drug deal between the two, that would net them tons of money goes sour because Jesse and Sam steal Jimmy's car that had the money. After that, all hell breaks loose! Are you with me so far? Great! So Jesse and Sam are at their usual hangout (after a day of spending all that money) and they're discussing whether they should call a phone, which as it turns out Jesse dropped his old phone in the car they stole and ditched. 1) When did that happen? Because to me, that would be an important plot device that you'd wanna show. 2) Jesse and Sam are sitting on 100grand, the most they've ever held in their life, and are spending it all over town. Why the fuck would anyone care about some old phone when you're holding a brand new smartphone? "Oh but Val, what if someone finds the phone and links it to them?" True that, but the money is already spent! So, you know, why worry about the old phone? Wait, one better, why would you even bother CALLING the damn phone if you're holding a brand new smartphone? 3) The head drug dealer guy knew all along that Jesse and Sam had the money. HE KNEW IT! How did he know? I don't know! So my next question is, if you know these kids have the money and are spending it, why not go after THEM? Why go after the guy, who killed the guy, who you believed screwed you over when you know that a couple of kids took the money and are spending it? Finally that ending – I'm sorry but it's a cop out. So the head drug dealer guy has captured Brian, Jesse, and Sam and takes them to his private plane just before take-off. He gives the three a choice – One can go free, but never speak of the incident, one will work for him to take the place of Jimmy, and the other has to be made an example of (they gotta die). Well, it's agreed that Sam is the weakest link so he's set free. And as he walks away from the plane a shot is fired. But who was killed? Were they killed at all? *Valkor throws his hands in the air and waves the white flag of defeat* I'm done. 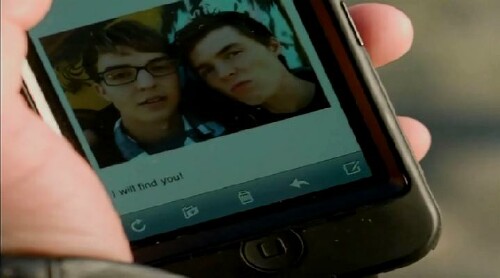 My sick mind when I thought Brian after Sam had gone, would be so bold as to say "Ok, you can kill the kid". Oh man, I would have given this film an automatic 5 for being so bold had it done that! It would have been wrong, but DAAAAAAMN would it have been so cool!

Pressed has already made the rounds theatrically up in Canada and gets a DVD release in the U.K. next year. But when will the film will come stateside is anyone's guess. However, for what it's worth, Pressed was an awesome, suspenseful, dramatic ride… up until those last 35 minutes. After that it's like watching a wreck – you know you shouldn't linger, but you can't help but stare. And out of TOV 5 stars, I'm giving Pressed a 2.