Hey gang, Valkor here. I don't watch as much television as I used to, but when I do I have my select shows that I enjoy. Oddly enough, I get a kick out of a show that I discovered completely by accident - I'm talkin about Storage Wars, currently airing on the A&E channel. I actually discovered the show while visiting Portland, Oregon last year; and as I was flipping through the channels, I found the show, skipped past it, found nothing else to watch, flipped back to the show and I was stuck there for the rest of the night as the show was airing one of its marathons. In short: I was hooked! It's addicting to watch the bantering, the fight to win the prize of a coveted unit, watching as the winners celebrate their valuable finds or wallow in defeat. 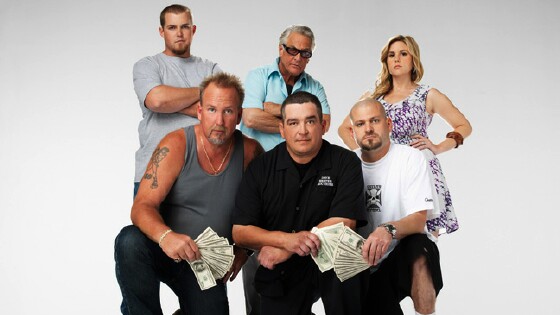 To get an idea of what the show is about, here is an excerpt taken from the Wikipedia page - When rent is not paid on a storage locker for three months in California, the contents can be sold by an auctioneer as a single lot of items. The show follows professional buyers who purchase the contents based only on a five-minute inspection of what they can see from the door when it is opened. The goal is to turn a profit on the merchandise.

Storage Wars is currently in its 4th season and it has been expanded into three spin offs - Storage Wars: Texas, Storage Wars New York, and there's a new show in the works called Storage Wars: Canada. What does all of this have to do with PerfectView? I'll admit it, I don't simply watch the show because it's entertaining (and it is), but there's also a fair amount of eye candy about. And that, my friends, is what brings us here today. So let's check out a bevy of bodacious babes from the hit show Storage Wars, and Storage Wars: Texas shall we?

Nabila Haniss - Nabila is like a tiger baby, silent but deadly. She seems pretty reserved, but you can tell she has a lot of fight in her. She's not a show regular, but when she shows up you know it's on! Nabila is also famous for purchasing a Paris Hilton unit and while I'm not a fan… of Hilton, I'm kinda curious what was inside that unit... Regardless, Storage Wars needs more Nabila! More I say!

Brandi Passante (The Young Gun) - I think Brandi is the cutest one on the show; she kinda looks like Jennifer Aniston, maybe less bubbly but I wouldn't throw her out for eating crackers in bed. Sure she has that innocent "girl next door" look about her, but I wouldn't wanna fuck with her any day of the week because I've seen her take it out on her husband Jarrod. And yet would I trade places with him knowing full well what I would be getting into what I'd be getting into? Yes... yes I would!

Mary Padian (The Junkster) - In the beginning of Storage Wars: Texas, Mary made a few cameo appearances, only used when bidder Moe would need to touch somethin up all artsy like. And believe me, she's got the skills and her works in turning trash into treasure is simply breathtaking. Yea, I like Mary, I love her raspy voice, I think she's adorable, she's especially cute when she ends words with "-age" (biddage!!) and I'm diggin the fact that she's become a regular on the show. She's definitely a keeper no matter how you slice it! 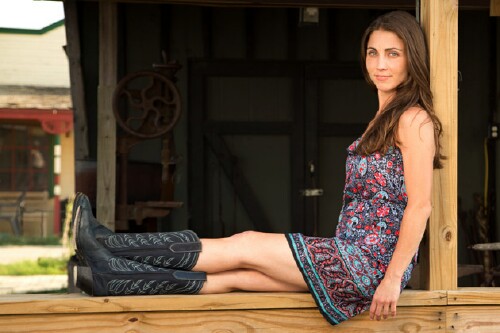 Jenny Grumbles (The Dazzler) - Jenny kicked off season two Storage Wars: Texas and when I first laid eyes on her... I thought it was a joke - in my eyes, she's just too pretty, too perky to be involved with this type of work; not that most of the women in the series aren't lookers (hence this piece), but I just think she's just... so much eye-candy. Jenny has brains as well beauty and how she tackles furniture and redesigns it up for resale are quite a sight. 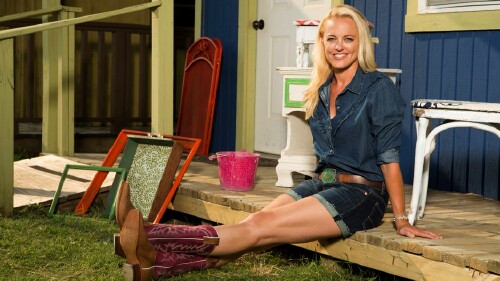 Laura Dotson - If I were to pick a winner in the Storage Wars: PerfectView, and I'm not sayin I am, but if I were then we need not look any further because ding! ding! ding! We've got ourselves a winner with Auctioneer Laura Dotson; she is packed, stacked, and all that! Plus she's got an adorable laugh that's so pleasing to the ears. Dan Dotson... you're a lucky mofo. But don't ever let her go because if you do, I'll be there to score her on the rebound. Giggity! OK maybe not… but I a brotha can dream… (Sorry I couldn't find a good solo of Laura, but I love this shot nonetheless). 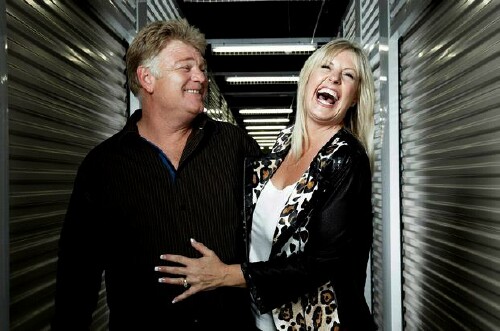 Sorry there's no one here from Storage Wars: New York; I honestly haven't watched the show yet but I'll do my best to check it out. So until then, Storage Wars and Storage Wars: Texas are definitely worth checking out (check your local listings).