Hey gang, Valkor here. After "A Talking Cat!?!" yours truly needed an action break. So I dipped into my pile and dug out "Alien Dawn" DVD; I knew going in it would be a B movie cheesefest with not so great special effects and hokey acting. In the end what I got was a bigger waste of time than the cat movie could ever be. 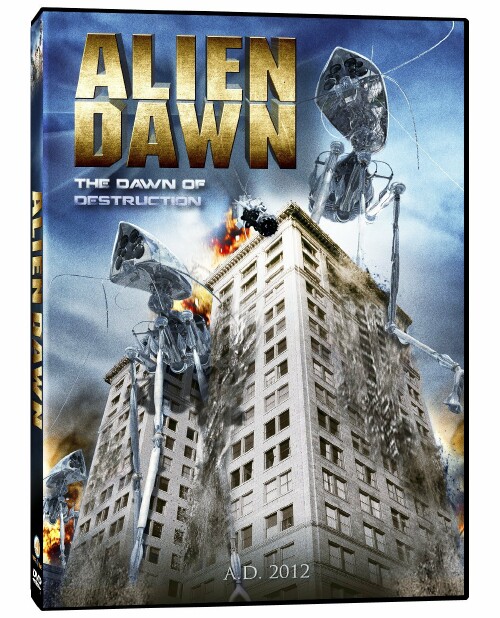 Alien Dawn centers on a small group in the midst of an alien invasion/attack in hopes of trying to find sanctuary somewhere, anywhere other than the place where they're at. The group consist of Marissa (Rachelle Dimaria), who also video blogs throughout the film. Then there's "brothers" Anders (Alex Bell) and Roger (Michael Abruscato). Actually they're half-brothers, but whatevs. Along the way, a couple of others will join the group, and then they'll get separated only to regroup later on, growing into a larger resistance. However, for a good chunk, the film remains focused on Marissa, Anders and Roger as they try to relate to one another, but mostly they'll just argue and bicker. Yes we'll learn more about the aliens… though not much more, but they do appear unstoppable. However, Marissa and her group gather the strength and courage to persevere and defeat… at least a small sect of the alien invaders. 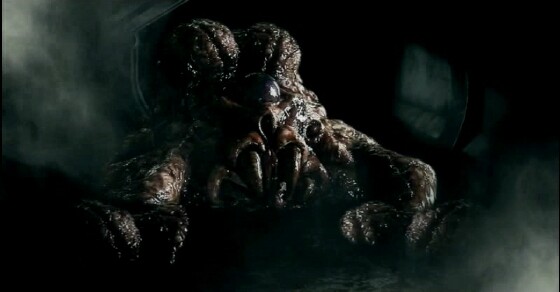 Believe it or not the special effects in Alien Dawn are well above average; much better than I would have expected, especially the "War of the World-esque" tripods, the alien city and bodies exploding into mist. Very cool effects. But that's about all there is that's good about this film. Oh wait! Rachelle Dimaria and Tiffany Adams are smoking hot! Smoking. Hot. 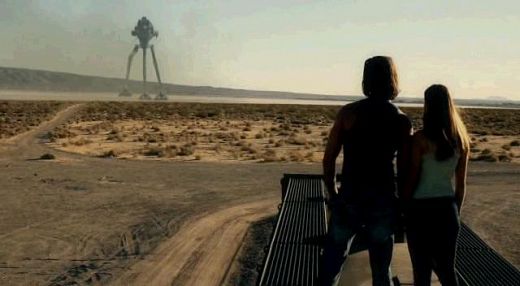 Alien Dawn is 80 minutes of characters bitching, moaning, whining, and complaining. Sure they'll fire off a few rounds and of course there's a bunch of explosions, but there really isn't much else to this film. And all that whining and complaining gets annoying real fast to the point that I wanted to pull out my hair in frustration. Plus the horrible acting doesn't help much either. What also hurts the film is lack of direction – the story is fucking all over the place that it becomes difficult to stay with it. Things become clearer towards the end, but by then would you even care? I'd say that's a big "No". From the start towards the final twenty minutes of the film nothing really happens and I mean nothing of interest or anything that moves the story forward; for the bulk of the film we're with Marissa, Anders, and Roger in a factory building or locked away in a bathroom, eventually moving on as they head towards Paradise City – anything in between all that is just rage inducing chatter. Prime example; during the bathroom scene Anders and Roger actually break into a weaksauce argument over a bag of chips that Roger said he had in his pocket the entire time (they're supposed to share food evenly), which leads into Anders being called selfish and that's why he doesn't have a girlfriend. What the fuck? Finally, but not really, there's the giant alien blob thing that's another great effect wasted. Plus it takes the creature a day to eat someone! A FUCKING DAY! ARE YOU KIDDING ME? Oh wait there's one more. The alien tripods are terrible shots. Wait let me clarify that. For the most part the alien's shots were spot on perfect. It's only when they try to hit Marissa do they miss their target completely. 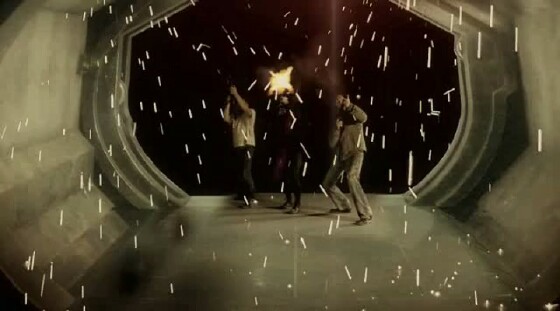 That alien blob thing is just putrid and disgusting. I loved it! 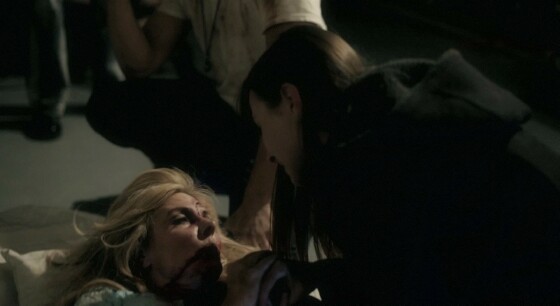 Roger giving Joni bleach instead of water to drink. I'm sorry but that shit was pretty funny.

Don't let the cover of Alien Dawn fool you into watching it or else you'll regret it. Trust me the film is terrible even with the decent special effects. It's so bad it makes Solid state look like "Gone with the Wind" and I'm not even exaggerating; the film sucks plain and simple. And out of TOV 5 stars, I'm giving Alien Dawn a big fat 0. 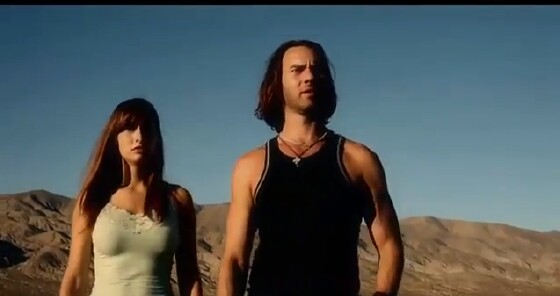 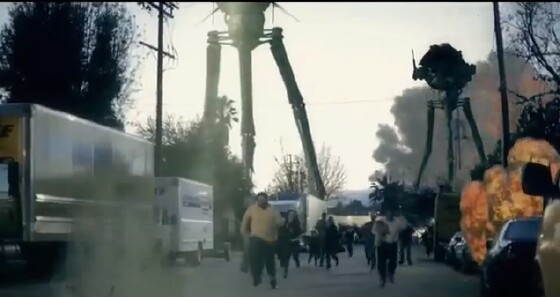