Wrestling fans, action fans, Epic-1 fans unite!!!! Epic-1 is here with the latest movie featuring wrestling legend Steve Austin (Give me a Hell Yeah!!!) So this movie is due to be released in 2010 and yours truly has the scoop. The movie starts with John Brickner (Steve Austin) being released from prison after doing some time for killing a man with his bare hands. We find out soon enough though that the person who helped him get out was Veronica (Lynda Boyd) the wife of the man he killed, who needs John to get her money for her daughter who needs an operation for her heart. So we see John get a job at a construction site and at a bar as a bouncer. While working the construction site his boss has some kind of heart attack and John saves him, meanwhile in the bar he meets Frankie (Laura Vandervoort) and Reno (Walter Goggins) who get him into an underground fight scene. John beats up enough people and this gives Reno enough pull to set up a fight with Nestor (Jorge Montesi) who we find out later that Reno and Frankie are both running from because they owe a big debt to him. John gets them out of debt eventually by beating up Nestor's two main guys, his brothers Yayo (Michael Hanus) and Jaime (Rob Konopski) and helps Veronica and her daughter. There is a lot of fighting, a lot of blood and this movie delivers in action.

The fight scenes are good and the storyline, even though it is twisted a little, is solid. Steve Austin does well in his role and the supporting cast is also good. The twist of how John got Reno and Frankie out was intelligent. 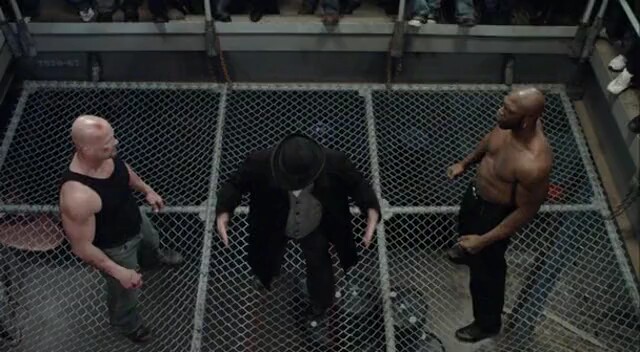 So the bad of this movie is that the main fight scene; the final battle should not be the final battle. We see this man in the beginning of the movie and not again until the end. Meanwhile, Yayo, who probably has the best fight scene, goes early in the movie even before Jaime's scene which should be flip flopped as it was. The people John Brickner beat up all looked like stunt double rejects and they should of at least have got some more martial arts or MMA fighters or somebody with at least some kind of look that can beat John. Even some wrestlers would have been better.

The ugly part of this movie is that it takes too long to get to the point several times. Also why in the hell did they make his finishing move the heart punch or rib breaker which ever way you look at it, is dumb. They could of have used anything else; hey wild shot in the dark but why not just use the fucking Stone Cold Stunner? It at least looks more realistic and more painful. Then we find out that the movie is called Damage because that is the name that Reno came up with for the finisher (UUUGGGHHHH) somebody shoot me now. 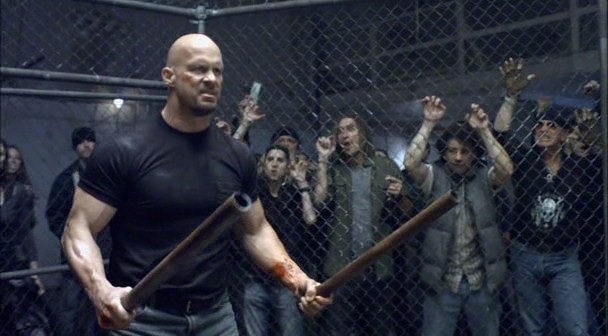 So in conclusion, Steve Austin fans close your eyes and look away from this movie. I'm giving this movie 3.5 star out of 5 stars because it is somewhat decent. It has been Epic-1 tested and TOV approved!!!!