Hey gang, Valkor here. It’s the month of October and Halloween will soon be upon us. And that means it’s time to drum up some scares in the form of films of the horror variety. And while I already have a list of films I’ll be watching, on such a creeptacular evening, it never hurts to check out a few more that might also make the cut. So, next up on the “TOV chopping block” (pun intended), we have “Evil Exhumed”. Spoiler Alert: The film sucks and it sucks hard! If you’d like to find out why, read on. 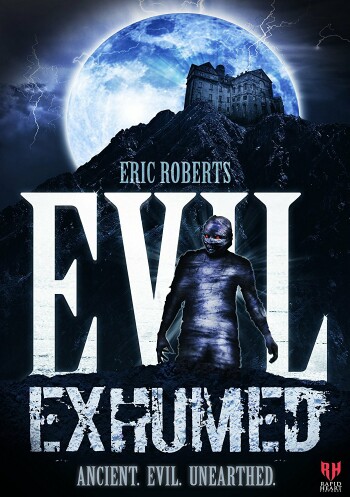 “Evil Exhumed” kicks off with an excavation crew, working on a dig and we soon learn that they've unearthed a bunch of mummies. So a team of archeologists is called in to have them removed. This very same team visited the dig site a year prior, and during that time they played a pretty bad prank on one of its members named Brundle (James Drew Dean). At that time, Brundle had a thing for this chick Angela (Aisling Goodman) and it’s explained that he got into the habit of staring at her, which I’m guessing, she didn’t like. So, as a “prank”, Angela tricks Brundle into the house attic, where he’s locked in overnight. And FYI, Brundle has a severe case of claustrophobia.

Skipping back to present day, Brundle returns to the island, visits the dig site and discovers a scroll, which releases a mummy warrior that pretty much does his bidding whenever he chants its words. And as the group returns to the island, one by one, they’re slowly tracked down by the mummy and killed. The film ends with a Brundle and Angela confrontation, and the mummy waiting outside to finish of his final victim. However, the film ends before we see if he actually does anything to anyone: did it kill Angela or Brundle? Or both? We’ll never know! And after sitting through this mess of a film, I want my 76 minutes back! 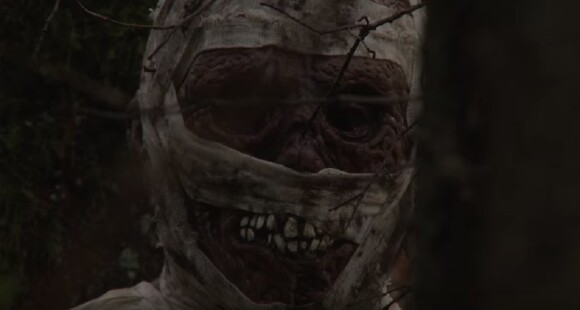 Eric Roberts (The Expendables, A Talking Cat!?!), gets credit for being in the film. However, he never shows up; he only does some narration that I feel is a waste of his cheesy awesomeness. Any redeeming qualities, which might have lifted this film from “utter trash” to “mediocre”, might have been done had he been given some screen time. 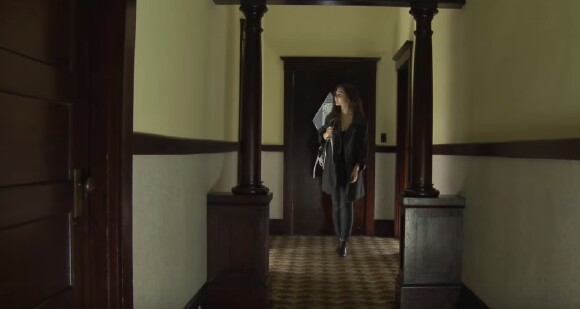 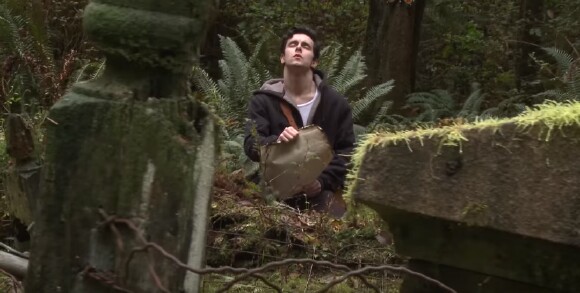 Where do I even begin with this one? Well, there’s actually three major points that need to be noted. First up, there a whole lot of walking and running in this film. And I’m talking huge chunks of the actors just walking or running around, with the mummy “supposedly” stalking them nearby. This goes on for a huge stretch of time, for each character, before the mummy “supposedly” catches up to its victim and takes them out. And what makes it worse is that the killing is done off-screen, and is set up in such a way that the location of the mummy doesn’t match the location of the victim. Like, you can obviously see that the mummy is not in the same place as its victim! Next, is the mummy and how they used recycled shots of it walking/standing around; this happens throughout the film as it tracks down its prey, where you’ll see its feet, its slow walk, standing about and slowly ducking behind a tree, showing its weapon and repeat! You never see the mummy in anyway interact with the actors. It’s as if it was filmed beforehand – even its slashing move, and then everything else was filmed on top of that, reusing any mummy shot when available. There's also recycled shots of Brundle as he's kneeling down in a cemetery, chanting from the scroll. And what makes that even worse is that he'll show up all of a sudden somewhere, like in the house and then he's back in the cemetery chanting. I'm not even kidding! Finally, there’s the ending, which is the weakest, cop-out ending ever conceived on camera. You have Brundle taunting Angela, who doesn’t put up any kind of fight. The film ultimately ends with the mummy standing at a distance waiting to kill whomever. And then it all fades to black (roll credits) before we can see what happens. This type of “open ending” absolutely does not work for this film! How should it have ended? Right when fucking Brundle drops the scroll, Angela could have easily whooped his ass, scooped it up, read the chant and had the mummy kill Brundle! There’s your ending! There isn’t anything else that needs to be said! Instead, you want the audience to fill in the blanks? Fuck outta here! This is why sites like TOV exist! To warn people of such tripe! 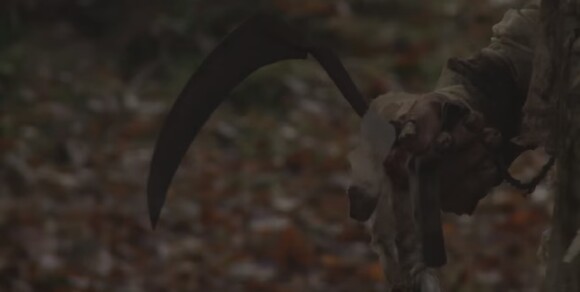 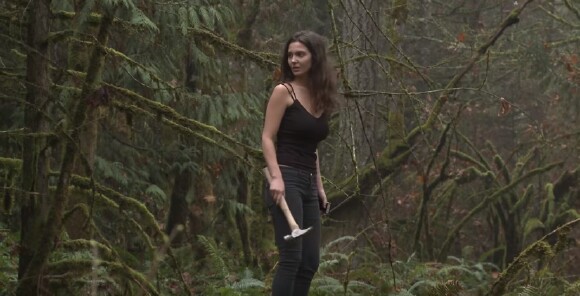 “Evil Exhumed” is chair tossing, table flipping, rocks kicking, tossing your dog at your best buddy, and rage-inducing bad. And as of today, this film stands as the worst film I’ve ever sat through, throughout all of my film watching days here at TOV. Avoid this one at all cost! Believe me, it’s so not worth it! And out of TOV 5 stars, “Evil Exhumed” gets a “waste my time 2016” score of -10!