Hey folks, Valkor here. I had the chance this weekend to hang out with the Krush-Man and catch Marvel's latest film outing. Not being a big fan of the character "Iron Man", I went into the new Jon Favreau-directed film a bit skeptical that I might not enjoy it. But as it turns out, "Iron Man" kicks all ass! 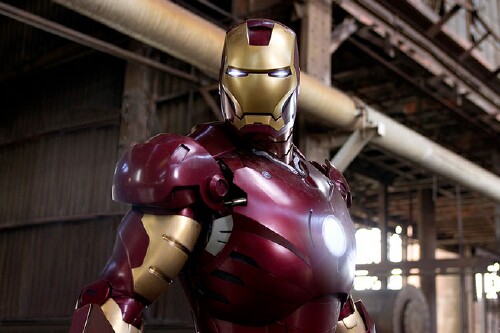 Iron Man's story is pretty simple, straight forward and lets' face it, if Jon and company had dropped the ball on this one, they should hang themselves, shoot themselves, then beat themselves with a bat all at the same time. Thankfully, they nailed the story which goes like this: Billionaire playboy Tony Stark (Robert Downey jr.) is captured in the Middle East (Either Pakistan or Afghanistan) by a terrorist sect and in the process takes some shrapnel to the heart. Luckily a scientist/ fellow captive creates a device that keeps the shrapnel from entering Tony's heart. His survival works for the terrorist because they need Tony to make a weapon, the Jericho Missile, which is the same missile that caused him to get captured in the first place. However, Tony has other plans and instead of making a weapon for the bad guys, he decides to devise a weapon he can use for his escape. Thus the creation of the Iron Armor, which he uses to free himself from his captors. With this new power and some enlightenment, Tony decides to take Stark Industries out of the weapons game and sets his sites on perfecting the Iron Armor. However the same terrorist that captured Tony in the beginning, discovered his original Iron Armor plans and thus the Iron Monger is created. It is now up to Tony to use his new suit of armor to save his company, his friends, his city, hell even the World from total annihilation. Of course, there's way more to it than this, but the film never deviates from the course, staying true to the source material. Yea some liberties were taken, but essentially you're getting the best comic to film adaptation ever! 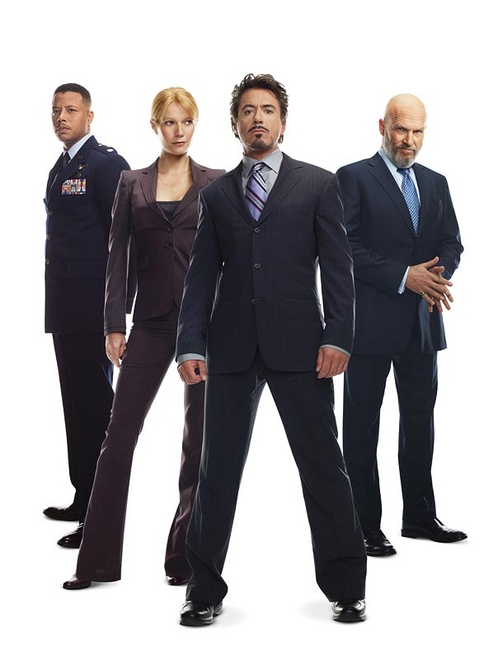 What can I say, "Iron Man" was awesome, stupendous and exhilarating all at the same time! In short this was the perfect comic book adapted to film - something by a fan for the fans and Jon Favreau really knocked it out the park. The overall story was true to the spirit of the comics with all the action, drama and fun found within. The pacing was tight with nothing rushed or too slow. And the acting was perfect; just as Christian Bale was perfect as Bruce Wayne/Batman, Robert Downey Jr. you are Tony Stark/Iron Man. Gweneth Paltrow does an amazing job as Pepper Pots, and Terence Howard was a surprise to me; I had my doubts about the guy as I didn't think he could do Rhodes justice. And now I'm eating crow because he played off of Stark so well - I really wanna see him in the War Machine armor. Jeff Bridges was a shocker because I had no idea he was Obediah - that's how much I was caught up in the film. Either he really chunked up for the role or his crew did a wonderful job on his makeup. I'll even hand out props to Jon Favreau and his portrayal of Stark's bodyguard; again the timing between him and Downey was on point. Next, the film wasn't special effects heavy, but what's there does the comic justice. We get all versions of the Iron Man armor (well not all thankfully or the story would have really dragged) as well as the Iron Monger created by the hands of Stan Winston and Co; if there's to be another film, and it looks like there might be, then I can't wait to see how Winston's crew handles the other versions of the Iron Man suits. Finally, there's Jarvis who is not played by a man but is voiced as a computer. And yet he's still pretty awesome. I mean do we really need another onscreen Alfred anyway?

Anything I say badly about the film would be nitpicky, but nitpick I shall. First off the S.H.I.E.L.D. agents, they couldn't get these guys into uniforms? The presence of S.H.I.E.L.D. is supposed to weigh heavy, I mean when they're on the scene, shit is supposed to go down big time - they don't show up for the small stuff. It's cool that they were there, but they should have been more prominent. The ending, while it wasn't THE ending (to get the really good ending, you gotta sit through the credits), was kinda quick. I mean I liked it, but it could have ended a lot smoother than just BAM! But it was freaking funny. 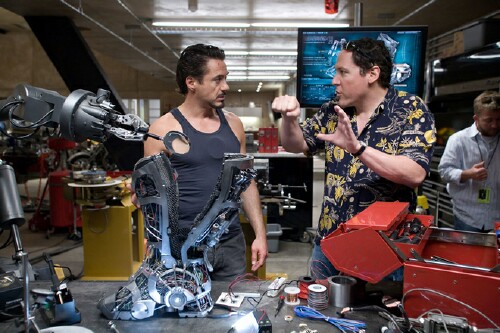 When Marvel got back the rights to their properties, to bring their characters to film, the hope was that they would finally do the films based on their characters justice; Not that Spider-Man, Hulk, or even Fantastic Four weren't any good because in my eyes they were. But Iron Man surpassed them all - even Spider-Man, which was the best of the bunch. With "Iron Man" you get the perfect cast, the perfect plot, and amazing action - this is the perfect comic book film and I hope Jon Favreau knocks it out the park with "Iron Man 2". Out of TOV 5 stars, I'm giving "Iron Man" 5 stars. 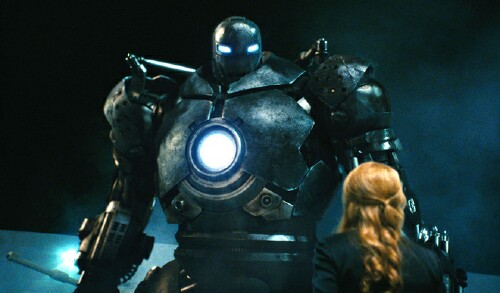