Hey gang, Valkor here. 2014 will go down as the year I’ve watched the most comedies – especially for MediaView. And I have you guys to thank for it… well, those that have sent/suggested comedies I should watch. Good or bad, I do enjoy a hearty chuckle occasionally and this latest flick to pass my way, No Clue, allowed me to enjoy quite a few. Check it out.

No Clue centers on Leo (Brent Butt), a guy in the business of selling Tchotchkes for big and small businesses. However, he's about to have his world turned upside down when a woman named Kyra (Amy Smart) enters his life. She mistakes him for a private detective and hires him to solve the case of her missing brother Miles. Leo unwittingly takes the case and things start to get a little… no, a lot complex. All roads lead to two competing video game companies – one whom Miles used to work for and another that Miles currently owns. What’s the connection? And what’s Kyra’s stake in all of this? It gets even more complicated when Miles shows up dead in a seedy hotel room. Now it’s up to Leo to piece together a series of clues to figure out what truly happened to Miles and why anyone would want him dead.

If you check out the box art, David Koechner gets top billing along with Brent Butt and Amy Smart; His role isn’t totally key, yet he does bring a nice dose of humor to the film. Other than that, how does No Clue fare overall? 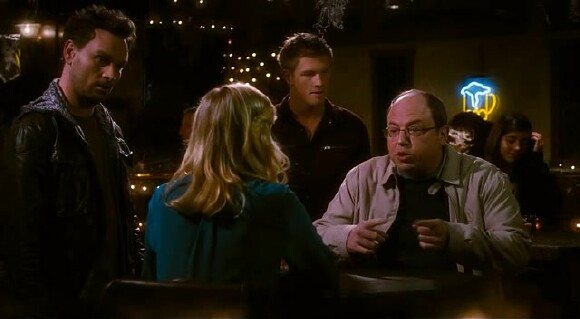 If you’re looking for a decent comedy/mystery than look no further fellas, you’ve found it with No Clue. It’s not gut-busting hysterical, but it does provide a healthy dose of laughter. The story is solid, smart and charming, and it does a great job of mixing intrigue with the humor. The jokes are evenly spaced, again nothing that’ll leave you holding your sides, but there’s enough that’ll hold your attention until the very end. As far as the acting is concerned, I’ve never heard of Brent Butt and after watching this film, I’d like to see more of his work; he plays Leo as a nervous wreck who stumbles his way through this mystery, but he can also pull off the jokes with no problem. Then there’s Amy smart who is just all kinds of sexy in this film. She plays it straight as the damsel in distress turn badass, and she nails her role to stunning perfection. I can always appreciate a good comedy and I’m glad I got the chance to experience No Clue, which is definitely worth checking out. 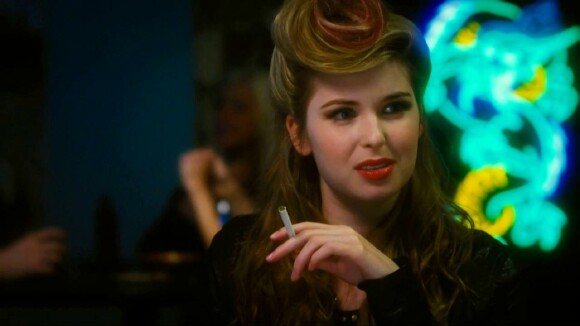 Or should I say "the not so bad" since I didn’t think about the bad all that much. However, I was sort of put off by the ending and how everything comes together just a little too neatly. Because it doesn’t seem Leo has a clue about what’s really going on, yet he’s able to deduce the whodunit… well not really. But you’ll see what I mean if and when you check this one out. Not a huge gripe, but still it just seems strange how he reached his conclusion. Ah well. 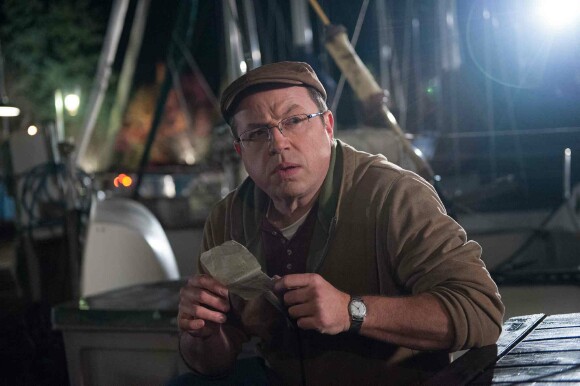 No Clue DVD is available now. And if you’re looking for a lighthearted comedy with an added bonus of mystery, then this is the one to check out. The film makes for a great afternoon or late night chill kinda flick, which I highly recommend. And out of TOV 5 stars, I’m giving No Clue a 4.

No Clue DVD Review
The Good: Decent comedy/mystery
The Bad: Can someone this stupid really solve a crime?
The Ugly: N/A
TOV 5 star rating: 4 stars