Hey folks Valkor here with another edition of AniView. As a kid, Saturday morning was a big deal; I lived and breathed Saturday morning cartoons, simply because I was usually the only one awake in my house. Yup from 6 a.m. till about 11, it was "My time", just me, a huge bowl of cereal and a blanket for those chilly mornings, turn on the tube and it's on. Well the folks at Warner remembers those days are bringing back those days in a great set of cartoons, most were even before my time, but the shows did air in syndication. Enter Saturday Morning Cartoons 1960s Volume 2. 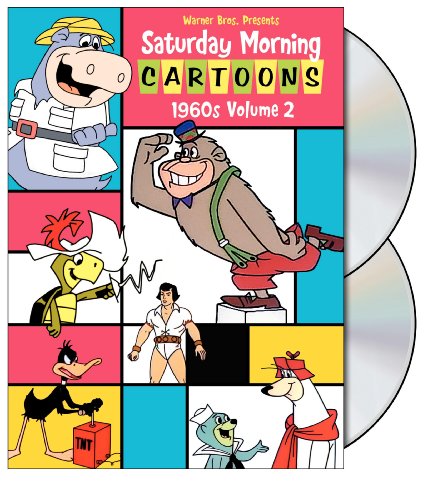 This two disc set has the some of the best and memorable and maybe obscure cartoons of the 1960's: Bugs Bunny, Tom and Jerry, Porky Pig, Peter Potamus and more. All the shows have remastered so that they look their finest, though is some of the Looney intermission bits, well those couldn't be saved to pristine performance, but they're there. Highlights include:

The Porky Pig Show – in one ep, and one of my personal favs, Porky and Sylvester spend the night in a house that's haunted… by mice. Only thing is Porky is oblivious to it all, and Sylvester is having a hard time convincing him.

The Jetsons – Elroy's grades get switched, George and Jane get ticked so what's a boy to do? He runs away with his best friend Astro. But Elroy hooks up with a bank robber, who he thinks is making a TV show. Hilarity ensues. 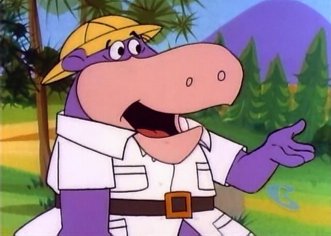 Peter Potamus – Peter must face off against some Indians, to allow a caravan to pass so that they can get to Hollywood.

Yogi's Ark – Yogi's new friend "Mr. Cheerful" suddenly becomes a bigot and doesn't like anyone not like himself, but what is causing him to act this way all of a sudden?

Plus you get The Hair Bear Bunch, Shazzan (Who for years I was calling Shazam!), Inch High Private Eye, The New Adventures of Gilligan and much, more. Also you get a pretty nifty extra "The Power of Shazzan", which talks about the show and the characters.

What can I say that's NOT good about this set? Its classic cartoons, some of the best that I've grown up with (though they originally aired well before my time). For me, cartoons were and still are a great escape, and though these toons were older, they were still enjoyable. There was a nice surprise in Gilligan's cartoon and lots of laughs with Magilla Gorilla (can't believe I still able to sing along with the theme song). All the shows were digitally remastered and they really do look and sound great, though one ep couldn't be remastered well enough. But it doesn't deter or distract one from enjoying the shows.

Animated Gulliver's Travel. It was at this point where I took a snooze. I'm sorry but it was so boring. Also I don't care for the opening, which basically runs down what's on the disc. Though you can skip it, I wish it wasn't there at all. 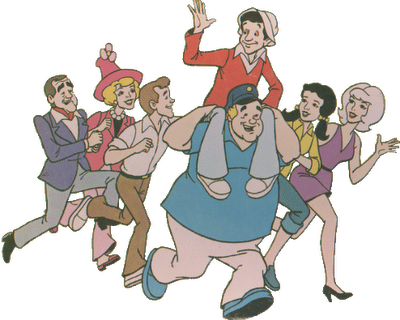 Though the box says 12 episodes, this 2 disc set has a nice run time of 277 minutes, which is just enough, nay more than enough to get your fill of Saturday morning fun. Saturday Morning Cartoons 1960s Vol. 2 would make a great gift for anyone who made Saturday mornings an important part of their weekends, and I know just the people who'll be getting a set in their stockings this year. Out of TOV 5 stars, I give the set a 4 and it's been Valkor tested, TOV approved.