Hey gang, Valkor here. Already available through most major carriers, HTC’s latest incarnation of the HTC One series – the HTC One (m8), is making some positive waves and looks to be their best phone yet. TOV just received its phone and will have a review for it soon. But on April 29th, the gang over a Sprint along with HTC, Spotify and Harmon/Kardon held an event in NYC to show off the next level of the m8, releasing an exclusive version to the carrier that looks to improve audio quality immensely – the HTC One (m8) Harmon Kardon Edition. 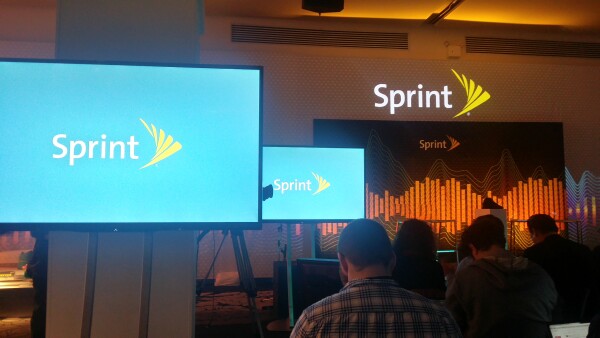 The HTC One Harmon Kardon Edition is the collaboration and partnership of four companies who have come together to bring improved audio quality by introducing new technologies unto this specific smartphone. Not only are there differences internally, but this Sprint exclusive gets a new look as well – a black metal finish with a champagne colored highlights. The setup is completed with a pair of Harmon Kardon headphones (valued at $149) to help you truly appreciate this new improvement of sound.

But what about these new audio technologies that look to change how we listen and appreciate music? First up we have Clari-Fi, which looks to bring back high and low end plus reverb frequencies lost during compression, giving you a richer, fuller sound. Then there’s Livestage, which reproduces a concert-style experience by simulating multiple channels, so the music sounds more spread out as opposed to sounding like it’s coming from a single channel.

My thoughts: this whole “bringing back the lossless” bit has been around for years with several software/hardware options readily available even today. With the HTC One Harmon Kardon, I wasn’t entirely impressed with the experience, it sounded no different than if I were to mess with the equalizer. However with the Clari-Fi options, audio did sound clear and richer, but I’m not entirely sold on Livestage – I wasn’t feeling that wider sound. I will give HTC and co this much, the demo was done on their equipment with their settings and I’d like to see how it differs in the Val-Cave since I have multiple headphone options.

So Sprint is the carrier that gets the exclusive, HTC brings the phone and Harmon Kardon brings the audio, what does Spotify bring to the table? Well they’re bringing along an excellent deal for fans of the service, who are also on Sprint’s “Framily Plan”; on May 9th framily plan members can get 6 months free of the Spotify streaming music service and after that it’s 7.99 a month for 1 - 5 members and 4.99 a month for 6 – 10. For non-members, you get three months free and after that it’s 9.99.

To complete the event, not only was there a live demo use of the phone with its new audio tech, but there was also video testimonials from Quincy Jones, Pharrell Williams, and a video bit featuring Andrew Dice Clay followed by a live performance from violinist Miri-Ben Ari. Not a bad showcase Sprint and I’m curious to see how well the phone performances outside of a sanitized setting. Sprint users can look for the HTC One Harmon Kardon Edition on May 9th (that’s also when the Spotify deal kicks in), but stay tuned to TOV as we’ll have more on this interesting take of a phone as well as our review of the M8 (standard). 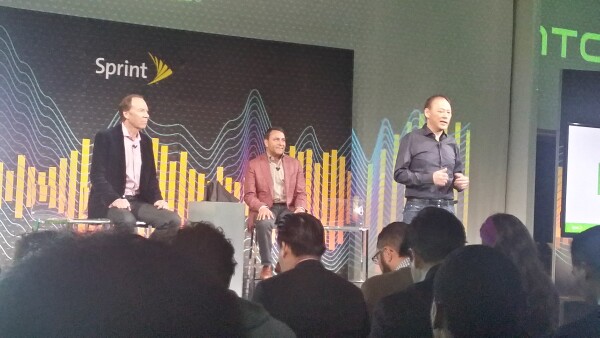