Hey gang, Valkor here. So last year, as part of “The Forces of Horror” Anthology series, I had the opportunity to check out the first short “Revelations”. In short, it had creepy written all over it – especially the ending, which was a nice touch. Well Roger Samson and co are back with part two of the series titled “The Jones”, while not as creepy as the previous short, it’s still pretty twisted with a dose of familiarity (heavy spoilers ahead). 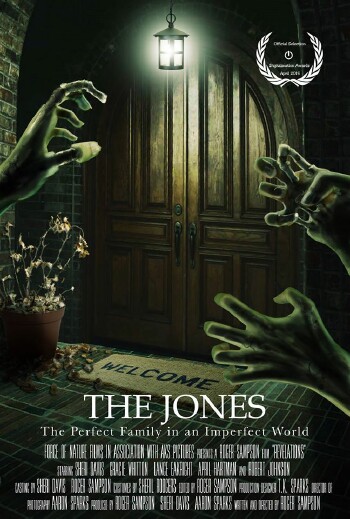 The Jones takes its cue from The Twilight Zone episode “Eye of the Beholder”, where a woman, who is actually quite attractive, attempts to have surgery to look “normal” so that she may fit into a freakish society (definitely look it up, it’s one of the series best eps). The difference from that episode to now, while it follows along a similar pattern, the short does enough to stand out on its own. The Jones family is made up of zombies – wife Barb (Shari Davis), husband Jack (Lance Eakright) and daughter Chloe (Gracie Whitton). As it turns out, daughter Chloe is going through a rough change – she’s becoming “human”, which doesn’t cut it in zombie society. And the rules state that she has to be eaten if she does turn human. Though mom Jones attempts to pass off the child’s illness as something of the flu; eventually the truth comes out and things become confrontational as Chloe is forcibly taken away. Though attempts are made to keep her in her… zombie home, the end results prove most fatal not only for Chloe, but for the mother who tries to protect her. 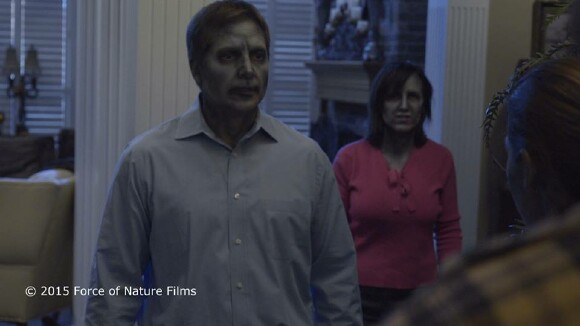 I rather enjoyed the fact that the short took a step back into the past to make something worthy of the present. And while The Jones is not quite as creepy or disturbing as Revelations, but there’s enough here that makes this a must see. And I’ll tell you why in the TOV Breakdown. 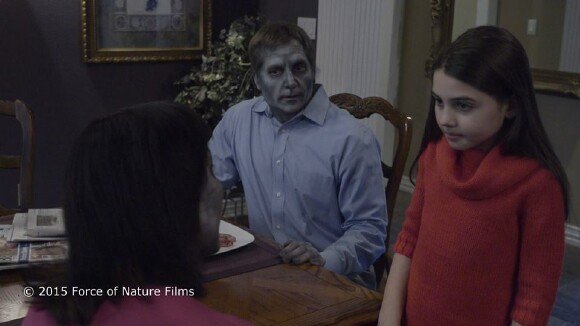 I say short film “the Jones” is similar to the Twilight Zone ep in a sense that Chloe has suddenly become an outsider amongst the living dead in a way that Janet (the main character of the TZ ep) has become a beast amongst the ugly. And through this sudden change, Chloe is rejected from what would be a “normal society (In the Twilight Zone short, the woman could not change no matter how hard she tried, but ultimately she is rejected). Now what makes the film disturbing and adds its own spin is that the outcome is quite gruesome as Chloe is set up to become dinner. Not only that but you can toss karma into the mix as its revealed Jack has done something similar to someone else’s child – and now it’s his turn to experience it. And how he and his wife react to this situation feels right because they are parents who love their child no matter what and they don’t want to see harm come to her. Yet watching Jack at the end of it all, it kinda weighs heavy with me because it’s something he now has to live with for the rest of his “life”(??). It makes you wonder what happens to him after the fact, like does he go on living or does he take his own life… death… whatever! That adds an entirely different level of creepiness, while not on par with “Revelations”, it’ll still make you cringe thinking about it. And to that I say the short is a horror success adding a whole new level of scares that’s not screamworthy, but it’ll make you think and freak you out at the same time. The idea isn’t new, but it is a fresh and interesting take on the classic, with an even more disturbing ending; while we don’t get to see Chloe’s fate, we can assume it wasn’t pretty. The practical effects, given the budget, are pretty impressive and I love the zombie makeup work. But what really liked was the meal Barb was serving – hearts, brains, fingers; I know it’s a zombie meal, but damn… I kinda wanted to try it. The acting is just as good as the first film and everyone kept that flow going from the first film to now. And to my favorite gal Shari Davis, no matter how much gook they slap on your skin, you still look good. And Kudos to Lance, who gets to do something this round as opposed to being in the backdrop. Lastly Gracie Whitton… is it wrong that when she arrived on scene, I got a little chill? (That Revelations flashback). It’s definitely not a negative and I can only see great things in her future. 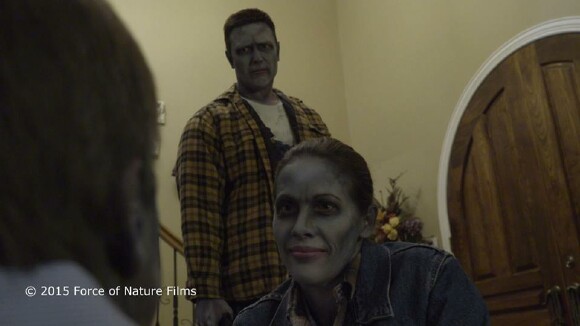 There isn’t much to say that’s negative. The short isn’t as scary, creepy or disturbing as I would have liked, but ultimately I enjoyed it. Honestly, I wouldn’t mind seeing this get picked up, stretched out and made into an even bigger film with a little bit of camp and a lot of gore. Imagine humans hunted in a world full of zombies who can think and feel? As crazy it that sounds… I kinda wanna see that! 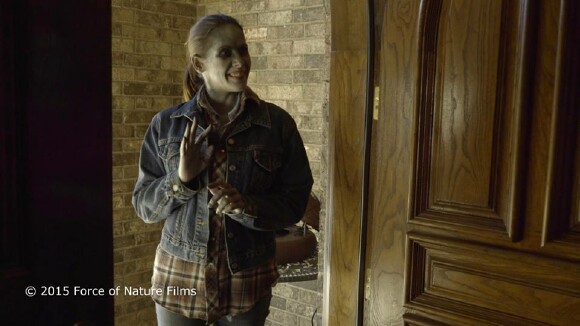 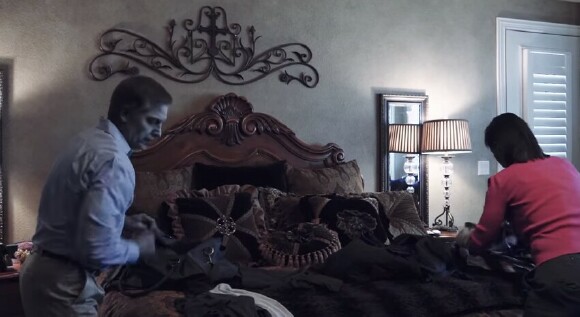 You can Watch “The Jones” as well as “Revelations” and learn more about the short films present and soon to come by simply clicking on that logo to your right. As far as The Jones is concerned, it’s an excellent film, while it dials back on the creepiness of the previous short film; it’s still unique and entertaining. So, out of TOV 5 stars, I give The Jones a 4.5. 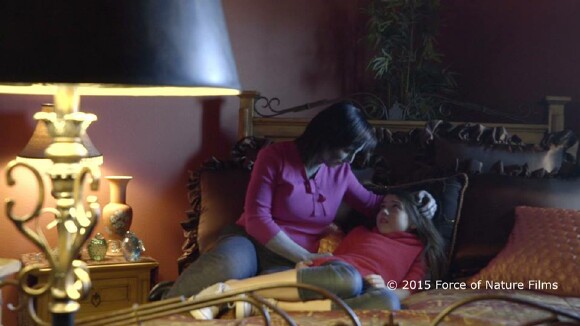