Hey gang, Valkor here. Even though I have a Galaxy S8+, and the battery life is beyond good. There are still times when I need a battery back up to complete my day. And considering I’m out for most of the day, I’ll need something that can not only get my smartphone the boost it needs, but it must also survive all the rigors in between. Well, ADATA has returned to the Val-cave with a portable pack that looks like it can take a serious beating and then some. Check it out it’s the D16750! 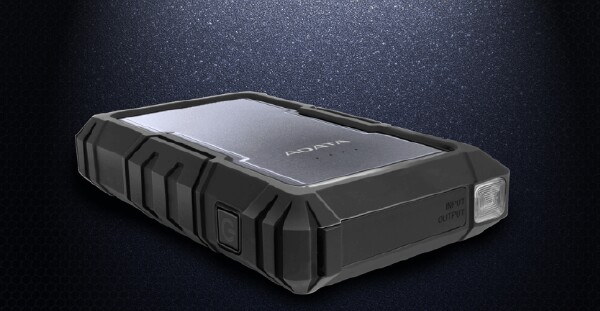 The ADATA D16750 is the “go anywhere and everywhere” type of battery pack; it has passed IEC IP67 testing for water and dustproof plus, given its coverings, it's pretty much shockproof too, making it so that the pack can survive a decent size drop, a week on a shelf, or a dip in the pool and still come out working as the day it was made. On the outset, the power bank is wrapped with a durable, extra thick silicone rubber with a lip that tightly seals off the packs opening. At the bottom, you have three ports – two USBs (first port is 1.0A and the second is 2.4A), and nesting in the middle is a microUSB port to charge the pack. On the right, located next to the main opening is a flashlight and on the left side of the pack is your power button. Finally, at the top of the pack, you have your indicator lights. 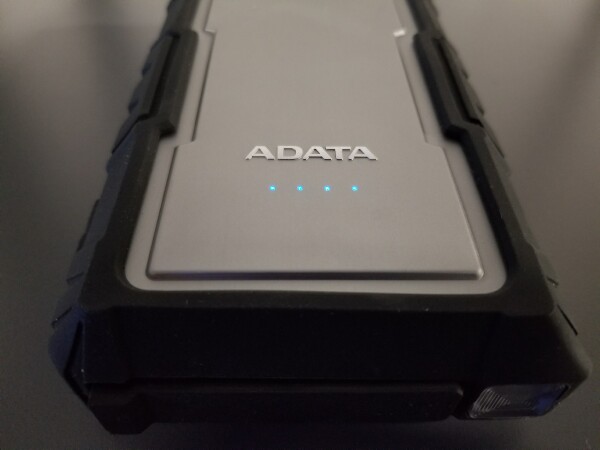 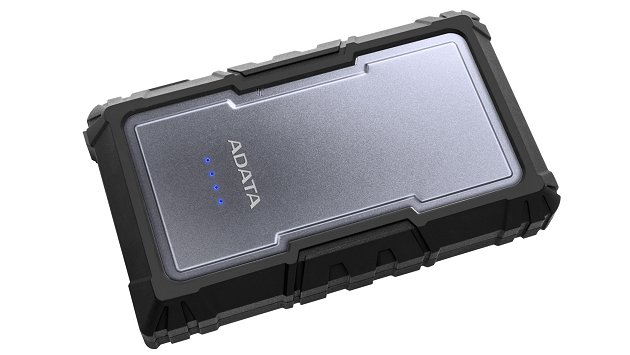 I recall my testing of Monoprice’s IP65 rugged pack and how I didn’t test it submerged in water. However, with the D16750, I did drop it in a basin of water, ensuring that the seal was on tight before the drop (and believe it was tightly sealed). Good news everyone! I didn’t see any air bubbles, so that’s a plus. And it’s still charging my gear, so with all that out of the way, let us dive into the TOV Breakdown. 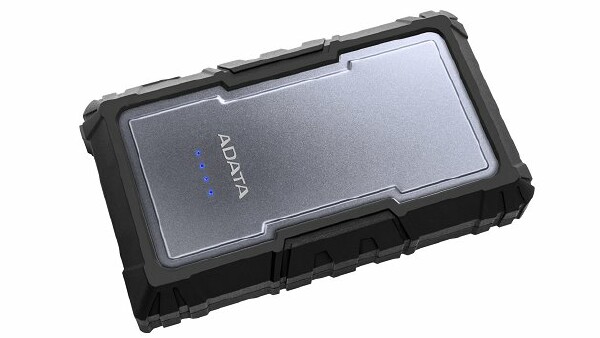 Indoors or outdoors, the ADATA D16750 is one tough mothertrucker that you’ll want to have as your battery backup. It took a ton of abuse that I gave it and then some and still walked away with a gleam in its eye… or rather its indicator lights. And when you’re devices are on the low side, whether it be a tablet, smartphone, or gaming device (yes you can use this with the Playstation Vita if you’re still gaming with it), it’ll bring you up to speed in a fair amount of time. What I liked most about the battery pack is its durability. When you’re always on the move, this is the type of battery pack you’ll want with you always. Sure it has some weight to it. But you can be sure that it’ll still function no matter what happens to it. So if you’re an outdoor type, always on the go, or looking for a power bank you can keep handy for emergencies, then look no further than the ADATA D16750.

This isn’t really a negative towards the pack, but the seal that protects the pack's innards is really tight! If you want to get it open you’re gonna have to put in some work. This is also a good thing, which means all the tech inside is secure from any outside occurrences.

The ADATA D16750 Power Bank is available now; and if you’re in the market for something that’s not only reliable but also durable, then this power bank may be of interest. If that's the case and you'd like to learn more about this or anything else ADATA related, then give that logo to the right a click. As it stands, out of TOV 5 stars, I’m giving the D16750 Power Bank a perfect 5. 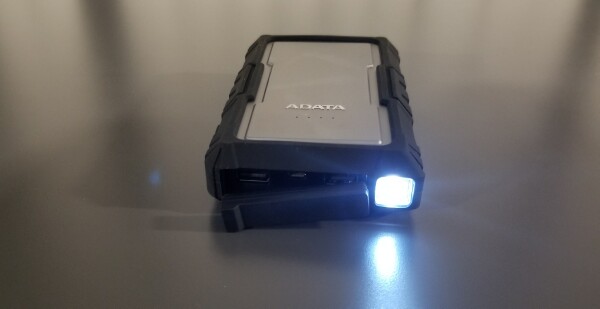