Your friendly neighborhood reporter Epic-1 is back and this time I bring you the Warner Bros. Archive Collection television movie Bad Ronald. The film starts off with Ronald Wilby (Scott Jacoby) and his mom (Kim Hunter) celebrating his birthday on his last year of high school and she wants him to become this great doctor so that he can help her with some kind of illness she has. Now for some reason she buys him a tool box and painting supplies for his birthday (we find out that he likes painting, but I still don’t understand why she bought him a tool box when she wanted him to become a doctor). So he wants to go celebrate with this girl he has a crush on so he goes to her house. When he gets there they show how weird and nerdy he is as the people at this house make fun of him. He leaves and on his way bumps into the girl’s younger sister Carole Matthews (Angela Hoffman) and she calls him and his mom weird. Ronald tells her to apologize, grabs her, slams her down on the ground; she hits her head on a brick and dies. He buries the girl, tells his mom and they come up with an idea to hide him inside the bathroom downstairs by closing it in and making a room for him to stay in there until the whole thing blows off. This is where the tool box comes in handy (lol), he uses it to take the door down. Cops show up they can’t find him and pretty much give up but his mom feels that he should still stay in there for now. Then she goes to the hospital to have a routine liver transplant and dies. Ronald finds out when someone comes in and talks about it and decides they are going to sell the house. The Woods (Dabney Coleman as the father, Pippa Scott as the mother, daughters Althea and Ellen played by Cindy and Lisa Eilbacher and Babs played by Cindy Fisher) buy the house and Ronald falls in love with Babs. Ronald goes in and out of his made up room when they either leave or are sleeping to eat. You would think that he would take a shower while they were all gone but he didn’t which didn’t make sense to me but he just stayed dirty.

There’s more to it than this and we’ll save that for you to see.

The good part of this is that it kept me in to it. I was interested to find out why? Why he did things that he did, why was he so into this fantasy world, and other little things. Also the acting was good for a 70’s television movie.

The bad part of the movie is it didn’t answer all my whys. I just thought the movie could have just been a little bit longer and had a little more information. Also can someone tell me why Ronald looks like a young Howard Stern lol? Now I understand the painting supplies but what the hell was the tool box for? You’re telling me that the mom couldn’t buy him a stethoscope or something and they just use a toolbox that was in the house? Why didn’t he take a shower? He was eating and drinking everything and never took a shower? 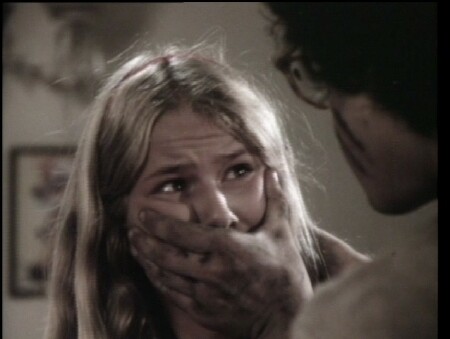 This movie was way too short, I understand that it was a television movie but it could have been a little longer. The ending was horrible and for being a horror movie he didn’t kill anybody really, Carole was an accident when he lifted her and she hit her head on the brick and the nosy neighbor killed herself. He should have killed at least Duane. 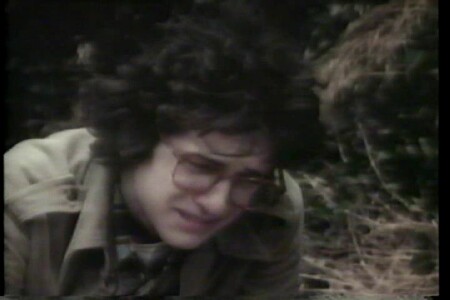