Epic-1 is back with this slasher movie called Laid to Rest. Now the movie starts off with a girl inside a coffin, she flips over the coffin, gets out, only to realize she doesn’t remember anything. (Valkor’s Note: For the record the coffin is not in the ground. I checked lol) She is known as “The Girl” for some time until later on in the movie they give her the name Princess (Bobbi Sue Luther), is being followed by Chrome Skull (Nick Principe).Chrome Skull has a metal skull mask, a couple of blades, and a camera mounted on his shoulder to record everything. Well Princess escapes from the morgue and runs into Tucker (Kevin Gage) a Christian man with a cane that helps her throughout the movie. When escaping from Chrome Skull they bump into Steven (Sean Whalen) whose mother just passed away and is grieving and has no choice but to help. The movie has a lot of gore bringing back the old school flavor that I grew up with but had stopped after a while, brief nudity, and a lot of killing. I don’t want to say too much more about the movie because it will definitely ruin it. But I will let you know the ending really upset me and if you don’t want to know don’t continue reading; but they get caught in a store and everyone dies except for Princess and Tommy (Thomas Dekker), a kid who was on his way to Atlanta and stopped at the store but didn’t do anything to help kill Chrome Skull. 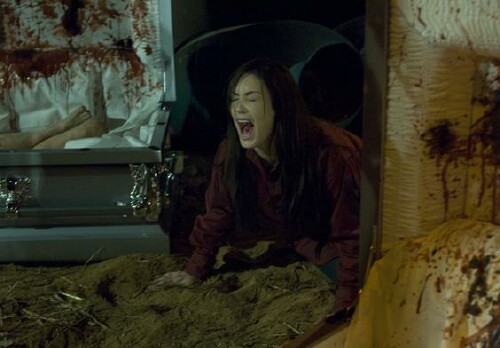 The good of this movie was it kept me into it. It was great to feel the gore, the blood, the action. Chrome Skull is a great villain too bad they killed him. The special effects were great as well and the eerie feeling of the background they picked was a great place to shoot. 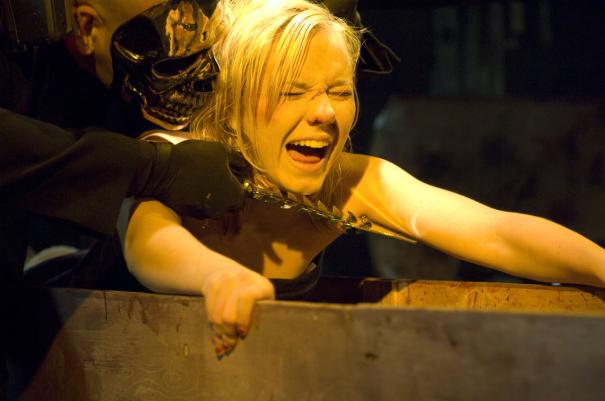 The bad of this movie was even though I liked it, it was a little to dark at times (Valkor’s note: Can a horror flick be too dark???) and I didn’t like the fact that there was not a great ending; the killing of Chrome Skull was too definite.

The ugly is that ending. I hate the fact that Tommy survived. He wasn’t anybody in the movie; he was an extra. He should have died. And to be honest I think that Princess was too soft and she should’ve had gotten more of her memory back; she didn’t even remember her name but she remembered she liked some doll named princess something. 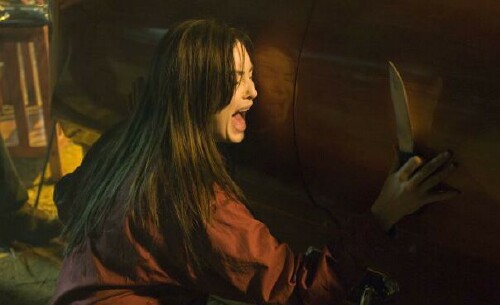 So in conclusion, go see this movie but rent it don’t buy it yet until you decide if you like it enough. I’m giving this movie a 3.5 stars out of 5 and it has been Epic-1 tested and TOV approved!!!!